The singing tycoon is an iconic man in leadership 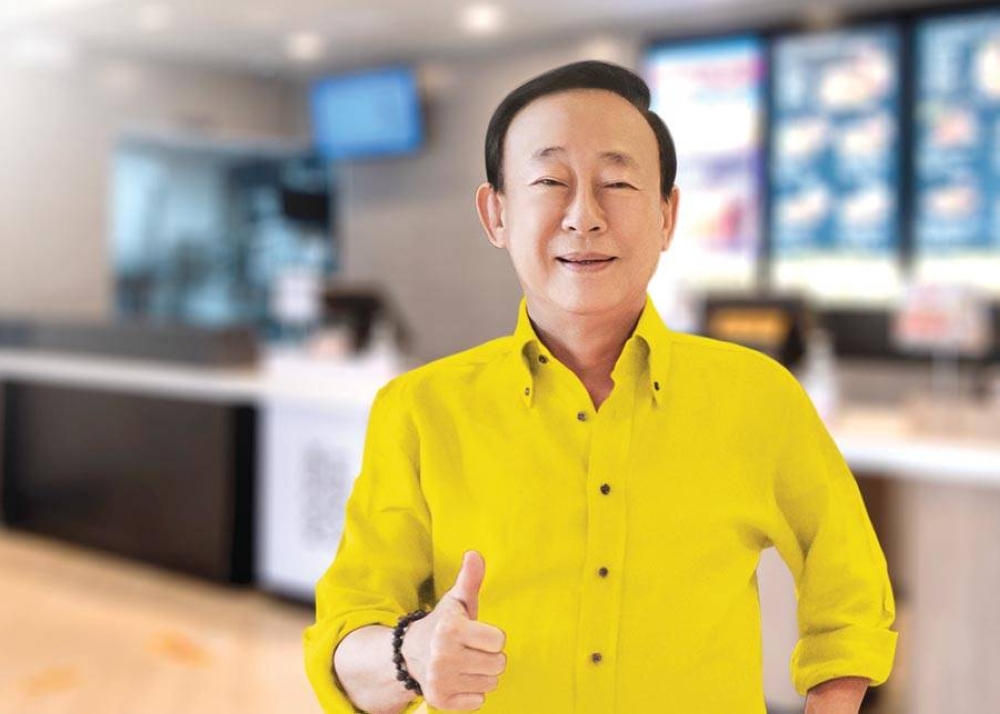 
Celebrating his birthday tomorrow, September 12, McDonald's Philippines Founder, Chairman and Master Franchise Holder, Dr. George T. Yang is truly an icon in business leadership. He was able to build a strong franchise and expand McDonald's presence nationwide, becoming a benchmark in the quick-service industry by setting the standards on food quality, progressive people practices, service and convenience for Filipino customers for 40 years.

From the first McDonald's in the Philippines that opened in 1981 along the busy street of Morayta – which he remembers was filled with customers on opening day, quickly followed by an outlet at the New Frontier Theater in Cubao – the popular fast food chain has over 650 stores nationwide today, wherein 51 percent of the stores are owned and operated by his Golden Arches Development Corporation (GADC), while the remaining 49 percent are owned by independent franchisees.

Ever since he brought McDonald's to the country, the Golden Arches pioneered hiring working students as part-timers, who are regular employees, receiving all government mandated benefits. McDonald's prides itself as a company that has always practiced direct hiring of all its restaurant employees.

Believing in the potential of the youth to make a difference, Dr. Yang ensured that McDonald's remained committed to providing young Filipinos with employment opportunities. An example of which is the partnership with different local government units (LGUs) to help prepare senior high school students in their cities for employment through the Work Immersion Program. Another would be its partnership with the Department of Labor and Employment (DoLE) and Public Employment Office (PESO) for Special Program for Employment of Students or SPES, which provides employment opportunities to underprivileged students.

Recognizing the potential of every Filipino to contribute, and be productive members of society, McDonald's Philippines also launched its Alternative Workforce Program, wherein they hired senior citizens and persons with disability in select areas.

Ingrained with their core values and commitment to providing employment opportunities to every Filipino, McDonald's currently employs over 40,000 Filipinos nationwide.

In the early years of McDonald's in the Philippines, Dr. Yang knew that they had to adapt in order to cater more to the Filipino palate. With this, he campaigned for the addition of local menu items to the McDonald's headquarters in the US-urging them to allow him to offer the McSpaghetti (1986), Chicken McDo (1987), and the Filipino-style Burger McDo (1993). Dr. Yang was right. These menu items were a hit and continue to be popular menu items till this day.

Through his leadership, McDonald's Philippines became a wholly, 100-percent Filipino-owned and operated company in 2005, with the majority owned by GADC.

Looking back, when he was applying for the franchise in the US, he committed to opening 10 – the global team back then was already impressed with his ambition but Dr. Yang, the entrepreneur that he is, persisted not just to meet that goal but to expand it to what it is today.

The growth of McDonald's in the country is backed by his goal to continuously provide Filipino customers with a great customer experience, enabled by many innovative firsts.

The first Drive-thru store opened in Greenhills in 1982. In 2002, McDelivery pioneered 8-MCDO, the first 1-number delivery system to make ordering more convenient. The first 24-hour store opened in Makati in 2004 to serve its customers both day and night.

Part of the community

After 40 years and in the middle of the Covid-19 pandemic, McDonald's reinforced its commitment to safety, which is at the core of McDonald's operating culture. The company launched its M Safe program at the onset of the health crisis to reiterate and ensure compliance with government mandated protocols.

McDonald's prioritized the mass testing of its employees in 2020 to ensure that their people and customers are safe. Currently, the company is pouring out its efforts on getting all its eligible employees vaccinated to keep themselves, their customers, and their families safe.

In spite of the success of McDonald's in the country, Dr. Yang believes it is essential to give back to the community which the McDonald's brand has built its success on. With a goal of making a difference in the lives of Filipino children, he established the Ronald McDonald House Charities (RMHC) Philippines in 1996, with support from McDonald's Philippines, to zoom in on the support they need for shelter, proper education, and happiness.

RMHC has been a long-time partner of the Department of Education (DepEd), for its flagship program – Ronald McDonald Read to Learn. The beginning reading program aims to teach first grade students in public schools beginning reading. To date, 11,000 partner schools with over 12 million students have benefitted from the program, while close to 30,000 educators have been trained since it started in 2002.

Another flagship program of RMHC is the Ronald McDonald Bahay Bulilit Learning Center, which was launched to facilitate early childhood education among children ages two to four years old to prepare them for formal schooling. Since then, 36 active learning centers have been built across the country.

Apart from these programs, McDonald's prioritized recognizing the selfless efforts of frontliners and the support needed by marginalized communities during the COVID-19 pandemic. The company, through RMHC, opened the McDonald's Kindness Kitchen. These kitchens, which are physical McDonald's stores, are manned by the company's volunteer employees, to provide food for frontliners, quarantine centers, and affected communities to sustain them as they fight and survive the pandemic. The company initially pledged 50,000 meals to be served but has now served over 510,000 meals for medical health workers, police, LGU volunteers, government agencies and local communities, and is continuously serving more.

With a family of entrepreneurs – from his wife Cristina who was running her own jewelry business before McDonald's to their sons Kenneth, Richmond, Kris, and daughter Karen – they remain tight-knit despite their busy schedules, which he considers as a God-given blessing.

Dr. Yang's advice to young entrepreneurs? Despite the many challenges you will face, you must have a clear vision, work hard, be persistent and always take care of your people and the community where your business operates.

Dr. Yang has always believed that it's never too late to follow one's dreams. His love for music was rekindled as he was achieving his goals as an entrepreneur.

He was given many opportunities to show this talent and dream of his, and people were surprised when he sang spontaneously after his good friend, Jose Mari Chan called him to the stage. This solidified after Mr. Chan suggested he create his own CD, "Yang at Heart." His first recording was followed by two others – "Forever Yang" and "The Night is Yang."

He then gained the confidence to sing in concerts and afterwards focused on excelling on his craft by training with renowned soprano Rachelle Gerodias and other known artists such as Raul Sunico, Raul Navarro, Lily Monteverde, and Gerard Salonga.

With guidance from various accomplished classical singers of the country, Dr. Yang held his first major solo concert, "Yang Klassics Concert," achieving his dream to perform at the Cultural Center of the Philippines (CCP). He has since been dubbed as "The Singing Tycoon" and has been working to support young artists to pursue an education in music through his Klassikal Music Foundation (KMF) scholarships. Since its founding in 2007, KMF has already supported over 60 talented Filipino classical singers.

Most recently, Dr. Yang was able to once again take the virtual stage through a viral video of him singing with lookalike Jose Mari Chan. Years before, netizens have already been noting the similarities between Dr. Yang and Mr. Chan and asked for a possible collaboration, which they both agreed to. Their team up resulted in a duet for a video titled "Live Your Dreams".

To date, the video currently has more than 12 million views on McDonald's YouTube channel and close to 4 million views on Facebook. Even two years after the release, this iconic video continues to circulate especially during this time of the year.