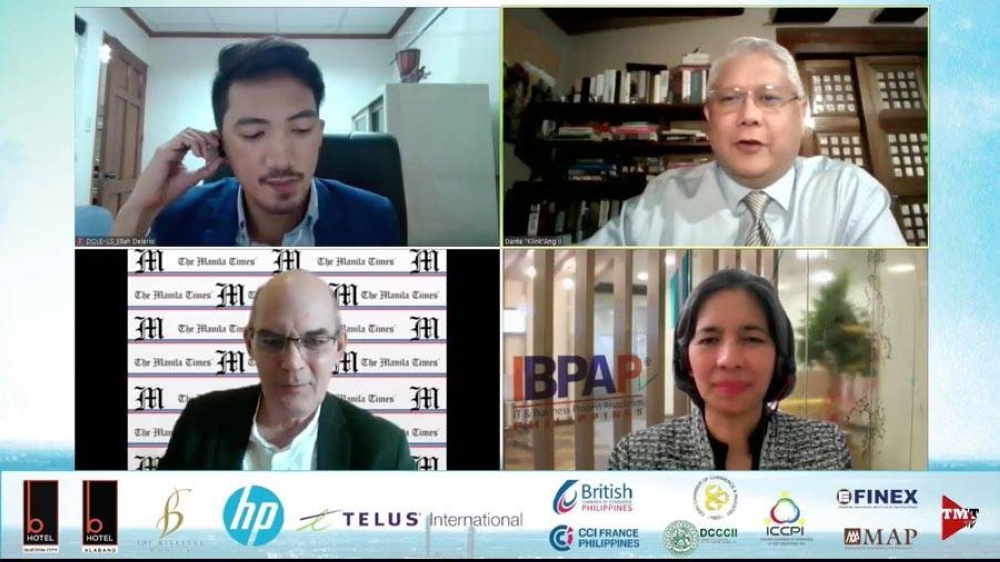 
GOOD news is hard to come by these days, and so, we should give it as much space as possible. Last week at The Manila Times business forum, we heard that the business process outsourcing (BPO) industry seems to be holding its own against the pandemic.

We are all familiar with the damage done to the Philippine economy last year. What might surprise many is that the BPO industry managed to grow even as most economic sectors tumbled.

In terms of employment, BPOs hired about 23,000 more people in 2020 when joblessness swelled. Although 1.8-percent growth may seem modest, that brings the total number of people employed by that industry to 1.32 million.

Labor Secretary Silvestre Bello 3rd said without that positive development, the employment figure for last year would have been a total loss. Even better, nearly 380,000 of those employed by BPOs reside in rural centers, including the cities of Iloilo, Bacolod and Cebu in the Visayas and Davao in Mindanao.

In 2022, the industry hopes to add at least 450,000 workers to its ranks, according to Zoe Diaz de Rivera of the IT and Business Process Association of the Philippines (Ibpap). She added that Ibpap has also launched "Digital Cities 2025," a program that should contribute further to countryside development and create more jobs outside of Metro Manila.

Even before the pandemic, the gains from the BPO industry were substantial. It has matched the value of remittances from overseas Filipino workers, which have been driving economic growth in the Philippines for decades. At the business forum, the Labor secretary said BPOs contribute $26 billion to gross domestic product annually.

It seems obvious that the BPO industry will play a major role in any recovery effort in the Philippines. Another bit of good news is that the government seems to be collaborating with the industry and is attuned to its needs.

That said, BPOs operate in a challenging environment. The weaknesses of the information and communications technology (ICT) infrastructure in the Philippines became inconveniently familiar to every Filipino during the pandemic.

The Philippines has been lagging in digitalization relative to the original members of Asean or the Association of Southeast Asian Nations. Major progress has been made in the last decade but more needs to be done.

An effective economic recovery program should be targeted since resources are limited. An economic sector that deserves more investments than others is information and communications technology or ICT. Obviously, that would buttress the BPO industry, and that would make sense because playing to one's strengths is a proven strategy.

Investing in ICT infrastructure has many benefits. Higher quality internet connectivity bolsters virtually every sector, most notably education. That, in turn, improves the quality of the labor pool for BPOs and all other industries.

Unfortunately, populism tends to be more appealing to politicians and others aspiring for public office whenever any crisis overlaps with the political season. Surely, direct financial aid can help the needy, but leaders should limit using resources that only have short-term benefits.

In contrast, investing in key industries, such as ICT, will generate jobs, fuel rural economic development and reinforce seemingly crisis-resistant industries such as BPOs. In other words, the payoff from such spending could be realized in the medium and long term.

As strong and resilient as they are, BPOs are not without threats. Progress in automation and artificial intelligence have generated the threat of obsolescence, particularly for BPOs offering voice services. Fortunately, the BPO industry has diversified and continues to innovate.

Even though BPOs have adjusted well to the lockdowns by allowing employees to work from home, concerns about the mental health of those workers have now surfaced. Plus, there are still various risks posed by Covid-19, which may be lingering for many years. In short, policymakers and economic managers should not take their proverbial foot off the pedal.

Even though BPOs are doing fairly well now, no one is completely safe from the impact of Covid-19. The pandemic has taught us that nothing should be taken for granted.