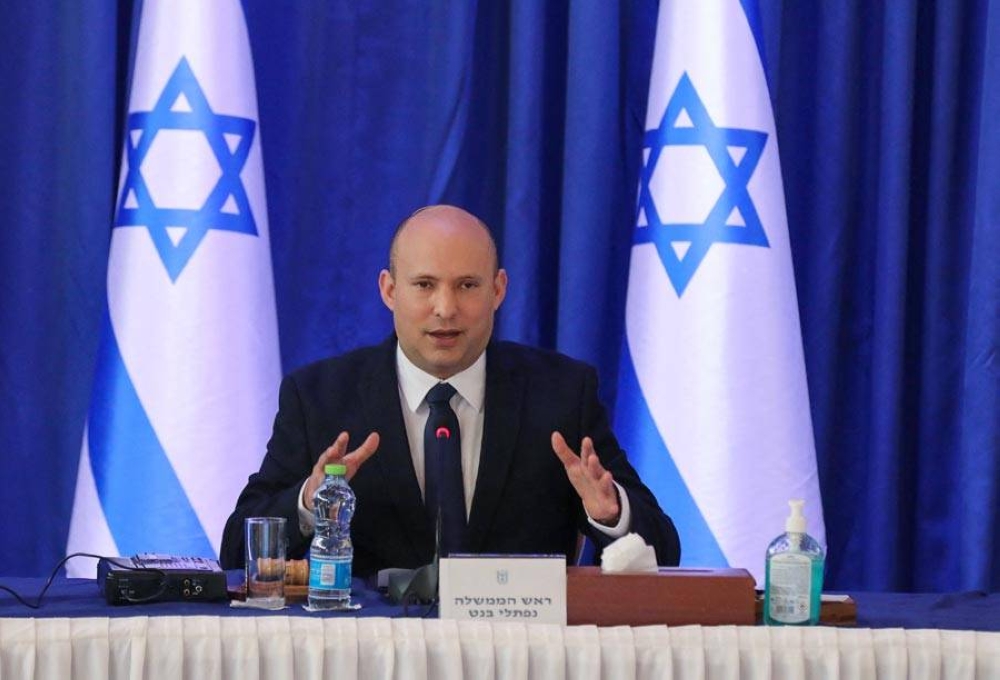 
TEL AVIV: Israel's foreign minister has proposed improving living conditions in Gaza in exchange for calm from the enclave's Hamas Islamist leaders, aiming to solve "never-ending rounds of violence" as the two sides exchanged fresh fire over the weekend.

The plan, which includes infrastructure and employment benefits, aims to show Palestinians in the Israeli-blockaded enclave that Hamas's campaign of violence against Israel is "why they live in conditions of poverty, scarcity, violence and high unemployment without hope," Yair Lapid said on Sunday.

He stressed that he was not calling for negotiations with Hamas as "Israel doesn't speak to terror organizations who want to destroy us."

Lapid, due to take over as premier in two years as part of a rotation agreement, conceded that his plan does not yet amount to official policy in Israel's eight-party coalition government, but said it had support from Prime Minister Naftali Bennett.

In the first stage of the plan, the infrastructure in Gaza - an impoverished territory of 2 million people - would receive a sorely needed upgrade, Lapid said in a speech at the Reichman University in Herzliya.

"The electricity system will be repaired, gas will be connected, a water desalination plant will be built, significant improvements to the health care system and a rebuilding of housing and transport infrastructure will take place," he said.

"In exchange, Hamas will commit to long-term quiet," he added, noting the international community would play a role in the process, especially Egypt, to Gaza's south.

"It won't happen without the support and involvement of our Egyptian partners and without their ability to talk to everyone involved," Lapid said.

"Any breach by Hamas will stop the process or set it back," he warned.

Lapid said he had presented the plan to "partners in the Arab world" as well as to the United States, Russia and the European Union.

"There is still work to do, we're still on the drawing board, but if this plan has a chance to succeed and gains widespread support, I'll propose it to the government as the official position," he said.