Biden goes on the offensive vs anti-vaxxers 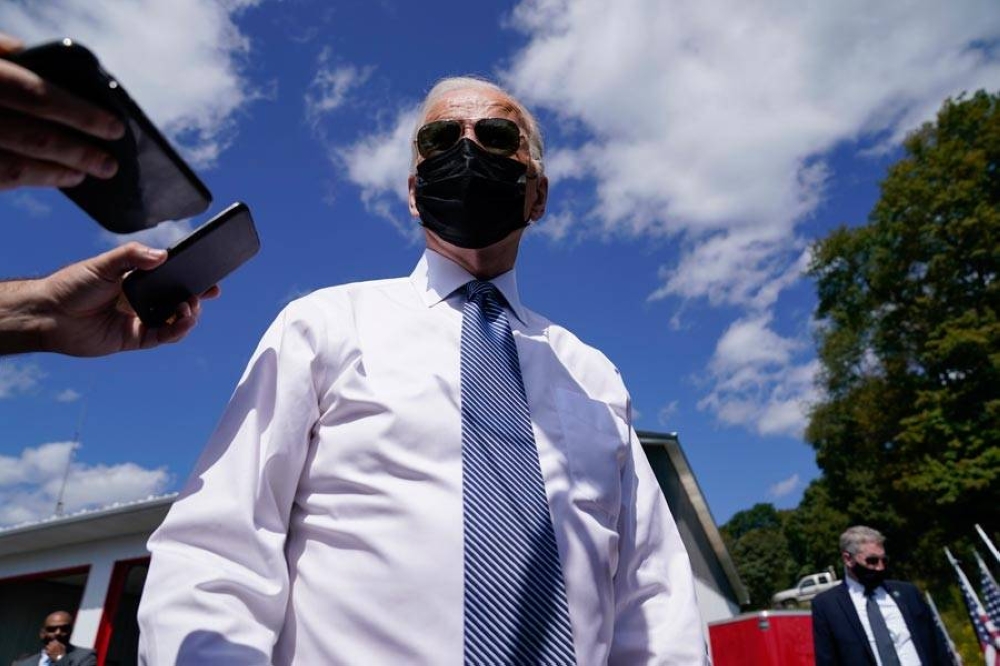 
US PRESIDENT Joe Biden has gone full throttle in his offensive to convince Americans to get vaccinated against Covid-19, announcing sweeping measures that will finally turn the tide on the pandemic.

The vaccine mandate, which has six broad areas of action, is designed to impact the segments of the population most vulnerable to infection, notably medical frontliners, the labor force and the school sector.

Firms with more than 100 workers are now required to vaccinate their employees or have them tested once a week. Companies that fail to comply could be fined thousands of dollars.

The new requirement covers about 100 million Americans or nearly two-thirds of the workforce.

Vaccination will also be mandatory for federal health-care workers, teachers and school staff.

Testing and masking will be ramped up. Fines for not wearing masks in planes will be doubled.

Biden had been reluctant to take more forceful action against unvaccinated holdouts, but with hospitals in several states already overwhelmed by Covid-19 patients, majority of them not inoculated, he felt "the time for waiting is over."

In his national address last week, he implored unvaccinated Americans: "What more is there to wait for? What more do you need to see? We've made vaccinations free, safe and convenient."

About 175 million Americans have been fully vaccinated, roughly half of the population. But after a spectacular start, the US' vaccination effort has stalled as anti-vaccine groups began pushing back hard, questioning the safety and efficacy of vaccines and invoking "our body, our choice" rights.

Many reason out they are not anti-vaccine, but anti-mandate while others are driven by political passions, carried over from the deeply divisive election of 2020.

Fueled by these sentiments, the anti-vaxxers have grown into a movement formidable enough to challenge the Biden administration.

Now, the president has thrown down the gauntlet to the 80 million still unvaccinated Americans. "This is not about freedom or personal choice. It's about protecting yourself and those around you - the people you work with, the people you care about [and] the people you love," he declared.

The reluctance to submit to federal authority is not difficult to fathom. It is, in fact, in the DNA of the American body politic. Americans treasure what they perceive to be their individuality, a legacy of the pioneer spirit, and any attempt by the government to stifle that individuality is met with suspicion and even hostility.

The anti-vaxxers consider a vaccine mandate as a threat to their individuality. Biden must hammer away at this mindset.

He must also prepare himself for a long and grueling fight. Already, the governor of Arkansas, a Republican, has said the vaccine mandate "hardens the resistance" of those who are against getting jabbed, calling Biden's decision "an unprecedented assumption of federal mandate authority."

Earlier, the governor of South Carolina, also a Republican, said Biden and radical Democrats have "thumbed their noses at the Constitution."

The decision is also expected to be challenged in court.

The anti-vaxxers could further undermine the initiative by churning up the political undercurrents driving the vaccine mandate. Biden has taken a serious beating in surveys for the fiasco that attended the US evacuation in Afghanistan, and his critics claim the new rules are a desperate attempt at image rebuilding.

The debate over the vaccine mandate in the US may seem irrelevant to many Filipinos, but Biden's action plan could also impact the Philippines' own fight against Covid-19.

Stressing the need for America to continue to be the "arsenal of vaccines" for the world, Biden highlighted the fact that the US has donated nearly 140 million vaccines to over 90 countries and will ship another 500 million doses to 100 lower-income countries in need of vaccines.

The Philippines is one of those 90 countries and has already received 3.2 million vaccine doses from the US.

But the government needs more shots to stabilize its shaky vaccine stockpile, which is preventing it from achieving immunization targets.