INDANG, CAVITE: Out of 102 State Universities and Colleges (SUCs) in the country, the Philippine Professional Regulation Commission (PRC) reported that 30 of them are considered the best academic institutions based on the average passing rate (APR) on government-administered professional licensure examinations given the last three years.

Based on the report, the University of the Philippines System having 92.5 percent APR in its 36 professional fields, is the best state university in the country.

In the Southern Tagalog Region composed of 10 provinces both in the mainland – Cavite, Laguna, Batangas, Rizal, and Quezon (Calabarzon-Region 4-A) and the islands Mindoro Occidental/Oriental, Marinduque, Romblon, and Palawan (Mimaropa–Region 4-B) provinces, two state schools emerged as best schools in the region. These are the Cavite State University (CvSU) in Indang, Cavite and the Southern Luzon State University (SLSU) in Lucban, Quezon with 55.1 percent APR in 21 professional fields, and 48.8 percent in 14 professional fields, respectively.

In the Mimaropa Region, only Palawan State University (PSU) emerged as the best school with 57.3 percent APR in 17 professional fields of its degree offerings.

The 30 best performing SUCs are listed below. 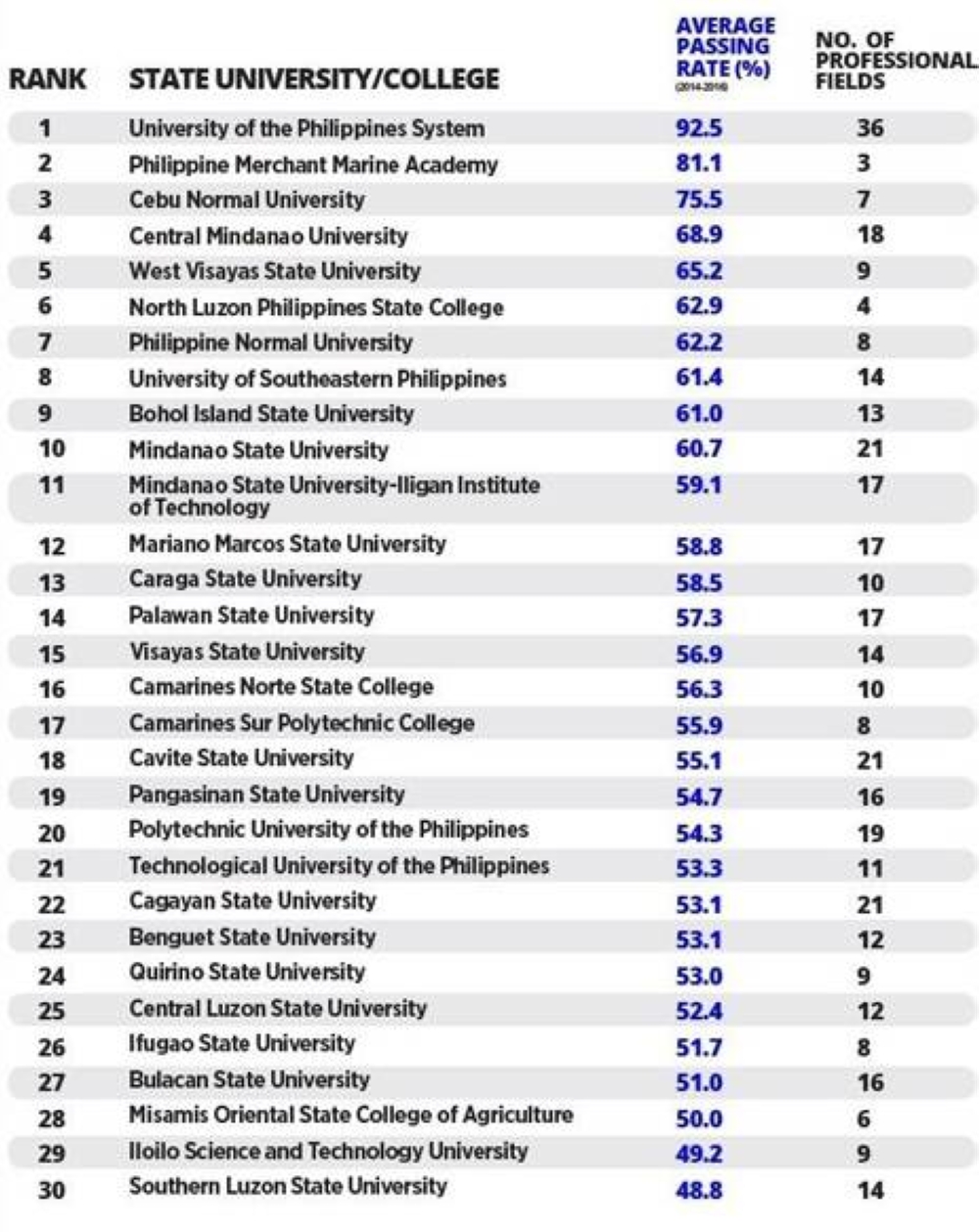