A Tale of Sacrifices: Gerry Palon and the Coalition of Filipino-American Chambers of Commerce (COFACC) 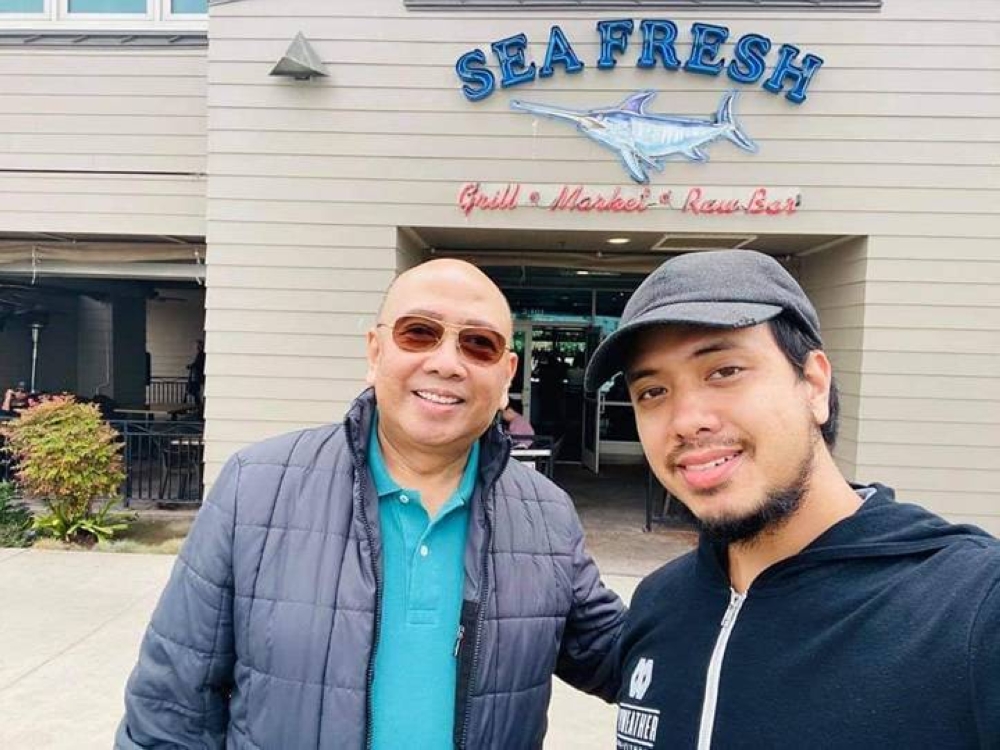 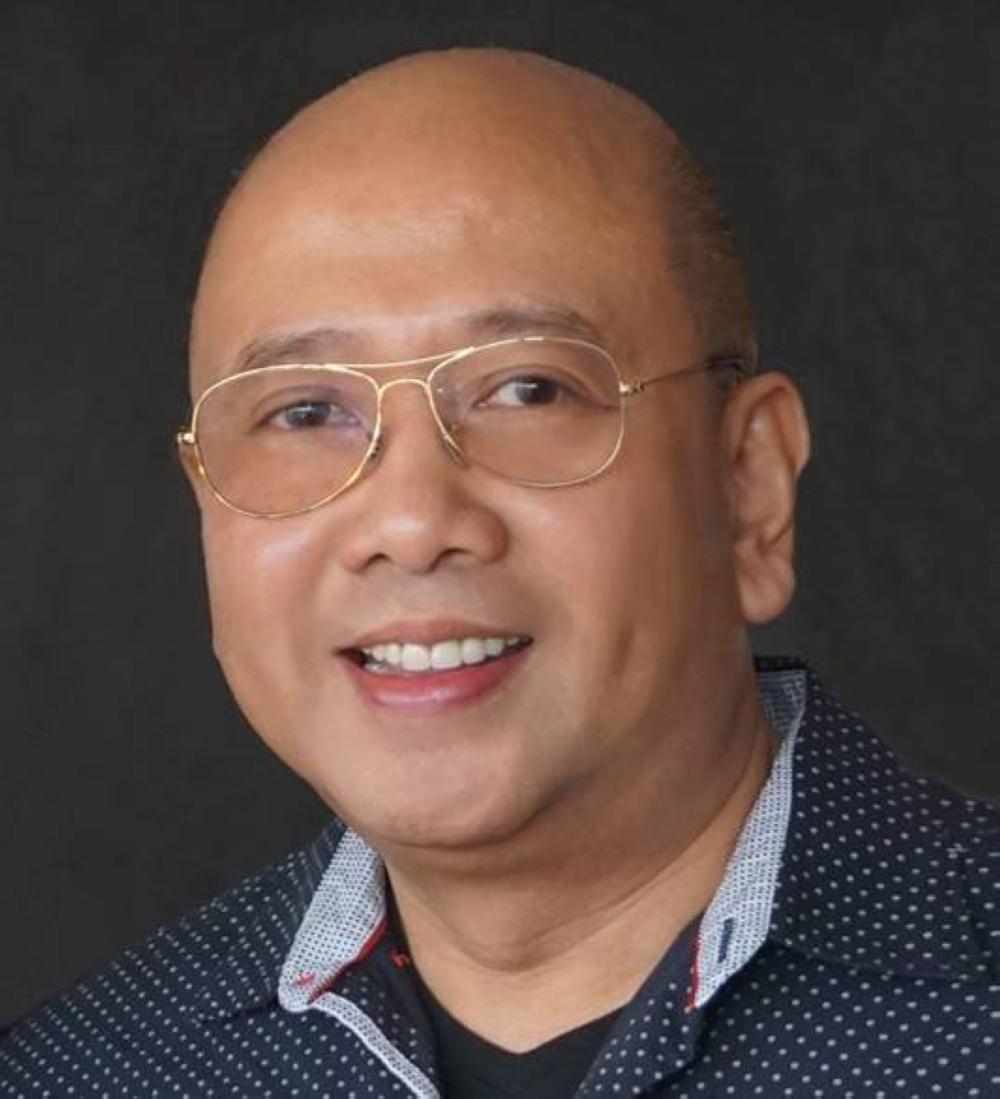 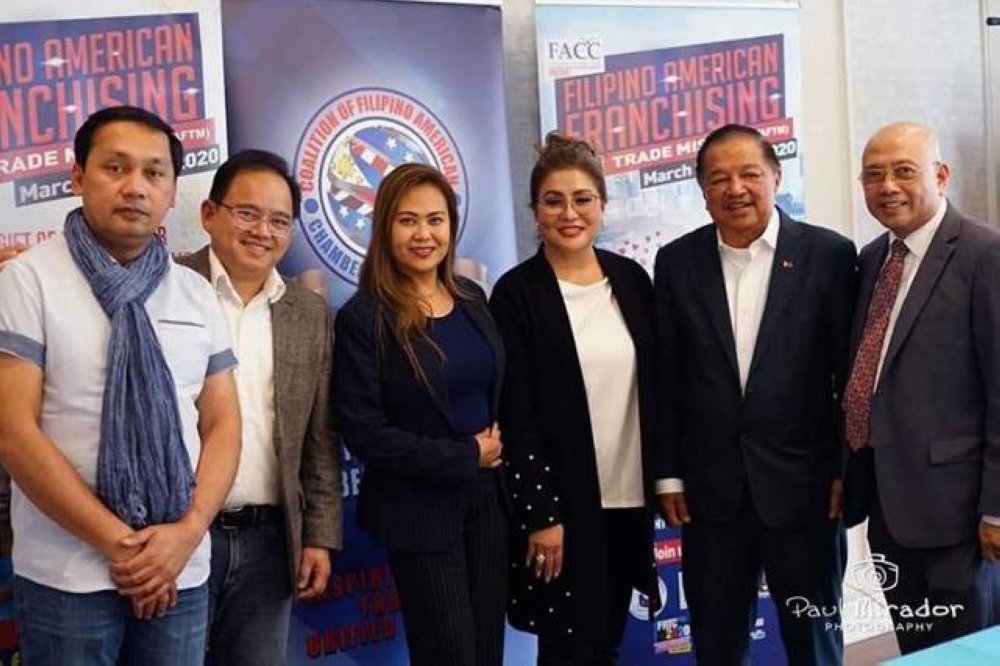 First from L is CFO AFD Dir. Mario Garcia, beside him Atty. Eugene Mendoza. Sec. Francisco Acosta flanked on his right by Ms. Ellen Samson of FACC and Mr. Gerry Palon on his left 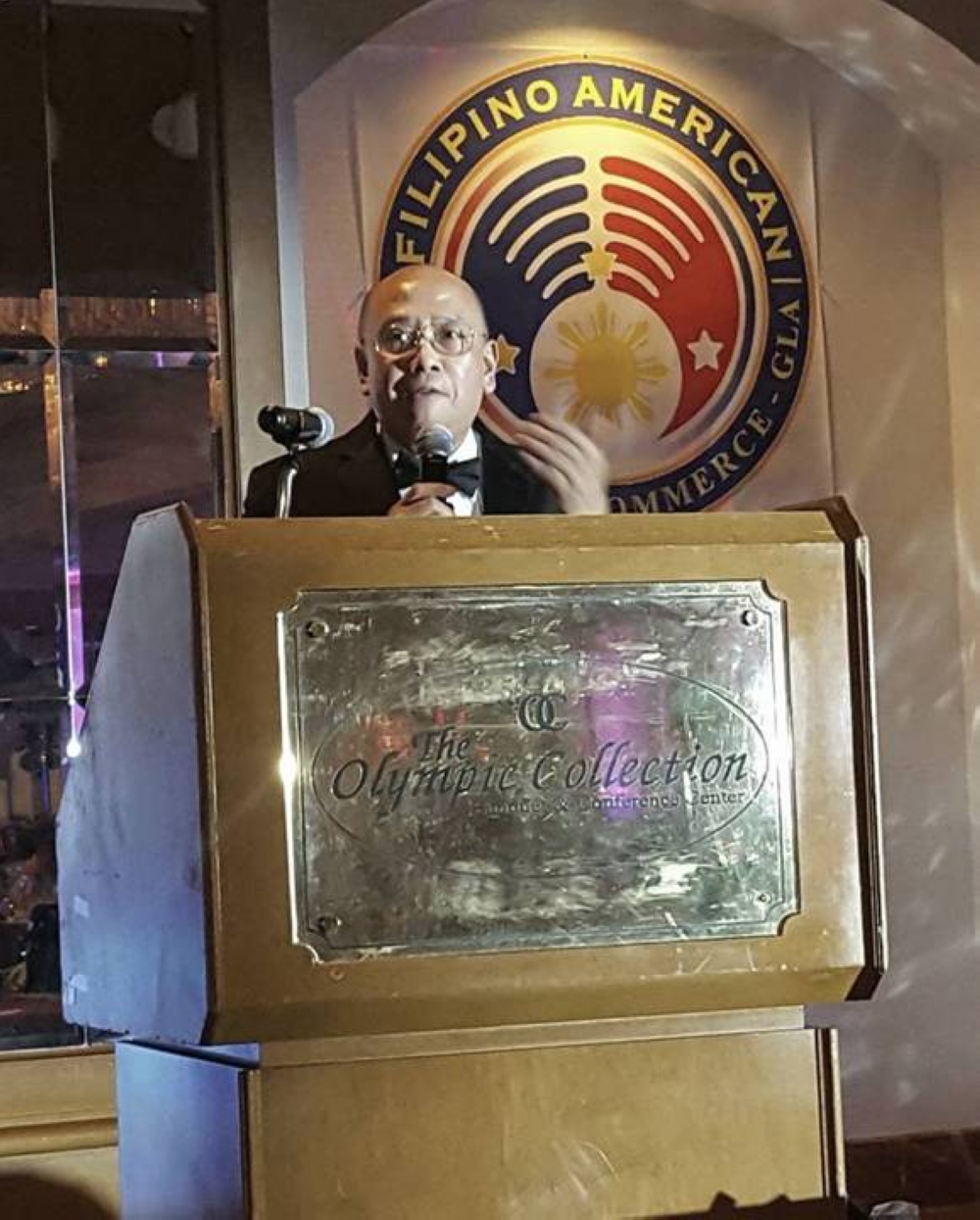 Mr. Palon during the FACC-GLA Gala Night in 2018 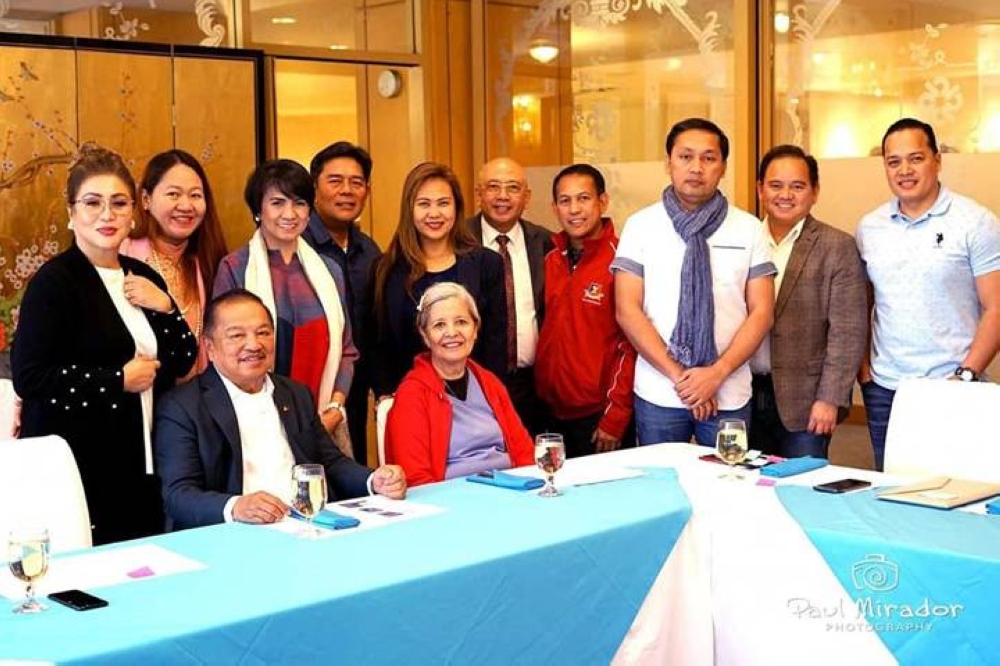 A man of many sacrifices even at that young age, when he let go of his scholarship, Gerry also had to let go of his original plan to continue from a Political Science degree to law school because Political Science was not offered in the evening classes then. Nonetheless, he had always been active on campus as a student leader, twice becoming President of the UST Artlets Economic Society and a member of the Student Council Board of UST.

"My extracurricular was actually my inspiration to study, to learn, and to be scholastically competitive. Just before I graduated from UST, I was already applying for full scholarship at the Asian Institute of Management (AIM), which I think until now, is still the number one business school in Asia. It is so expensive to enter that institution and you already know that my family is poor. But I prepared a comprehensive application stating the justifiable reasons why AIM should finance my studies. And I got a full scholarship after that interview with the panel."

Again, he had to forego something in exchange for another path.

"I had to give up my work in PLDT. My work in PLDT, you'll be surprised, was as a pole records assistant. In the field, I would count the number of PLDT posts in a street," recounted Gerry, laughing. "During my two years of full-time study at the AIM, my parents had to finance my day-to-day cost of living as I was not earning anything. But I guess I had that ambition and vision for my own personal career to eventually lodge myself into an executive position. That was my dream so I studied very hard."

It all paid off as two to three months before graduation, he already had offers from different multinational and local companies. He finally chose the Coca-Cola Export Corporation, where he met his now ex-wife and mother of his only child, Mikko. Gerry did the rounds and rose higher in the proverbial corporate ladder in the fast-moving consumer goods, agri-business (Vitarich Corporation), and fast-food chain industries (Chowking and Kenny Rogers) until late 2007, when he reached the decision point to move to the US, thus, making yet another selfless gesture.

"When we received this notice from the US Embassy, that our visas were already approved, I had no choice. I had to leave a very lucrative, very fulfilling career in the food service industry in the Philippines. But because of family considerations, I moved and sacrificed my career. That was a very drastic change for me."

Migration to the US

He went to the United States in early 2008, which was a bit of bad timing. Continuing, he said, "You know 2008 was the global economic meltdown, right? I could not find a job. I could not even sell my experience in the Philippines. Here in the US, they don't care whether you were general manager or a company president in the Philippines. You need to have local experience, or at least studied locally, and you need to know the culture and everything. But I had to land a job. I finally did, working at a small Persian and French bake shop in Beverly Hills. Of course, I was over-qualified for the job. I did all of the administrative tasks, the buying, the logistics. Every single day was a reward. It was a humbling experience."

"At some point I decided, 'Why don't I make myself busy? I want to study', so, I pursued another master's degree, this time in finance and accounting. My thinking was maybe I could land into an accounting job. Finally, I completed my Master in Accounting and Finance, and I landed a very lucrative position in a hotel in Sta. Monica as finance controller/ manager. But I was a one-man team. Here in the US, you are called the 'manager' but actually you are a one-man team. I did everything. I worked 60 hours a week. I got burnt out."

"The owner was a Pakistani, who was a very strict corporate executive. Don't get me wrong, I don't mind the stress. It's just that I got burnt out already, working 8-to-5 or 9-to-6 jobs. That's when somebody offered me a part-time business in financial services. That's in 2009 when I took my life and health license. I took my series securities license and after 3 or 4 years of doing that, I wanted to really focus on helping families and doing this as a practice, just like an accountant or a financial advisor. I got an offer, we got Prudential Life Insurance, a mainstream securities company."

"Since I don't know anyone. I don't have many relatives in the US, my strategy was to expand my network in the Fil-Am Community. In 2013, I joined the Filipino American Chamber of Commerce (FACC). In 2014, I was elected to its Board. My original intention was to create more network and be able to sell my products and services."

"Eventually, I didn't think I would be really serving the community over and above what I was doing. Traditionally a chamber of commerce is just a social organization and does not really operate as a business organization. Because of the many ideas that I brought into the Chamber, I also brought in some people whom I know in the business. They liked the programs that were implemented in the Chamber, then in 2015, I got elected as the President of the Chamber."

"Our local Chamber in San Fernando Valley expanded and became the Greater Los Angeles Chamber. We have a lot of members and they like the change that's been happening. We focus more on entrepreneurship. We help small businesses, mentor them, and at the same time, those people who were planning to retire, or you know, were getting tired of their work and wanted to go into entrepreneurship."

As he explained that the Chamber of Commerce's activities and all of its programs are geared towards helping Filipino small businesses, Gerry shifted to a more serious tone on the advocacy of promoting entrepreneurship. Pushing on, he said, "We know for a fact that most of us, majority of us immigrating to the US, are really professionals, right? We are not geared to be entrepreneurs in going to United States. We are the qualified professionals, and our main aims are to get a job in the U.S., right? That's why we lag behind other ethnic groups in the US, because they are mostly entrepreneurs coming in from China, Iran, Israel, and even from Vietnam."

According to Gerry, other Asian ethnic groups immediately set up their businesses as soon as they land in the US. Continuing, he said further, "But for us, we always try to find professional jobs, to become nurses, even doctors become nurses. Because it gives them a stable source of income. Sooner or later, after working for a long time in corporate America, you will feel the burnout. You will now have the calling of becoming an entrepreneur. That's where the Chamber of Commerce helps them."

"That's actually the Chamber's advocacy, that is, providing all those platforms of being able to expand members' businesses, getting technology resources, getting access to capital assets, access to government contracts with the City Government of L.A. We provide them with all that assistance."