Germany as a reliable and responsible international partner 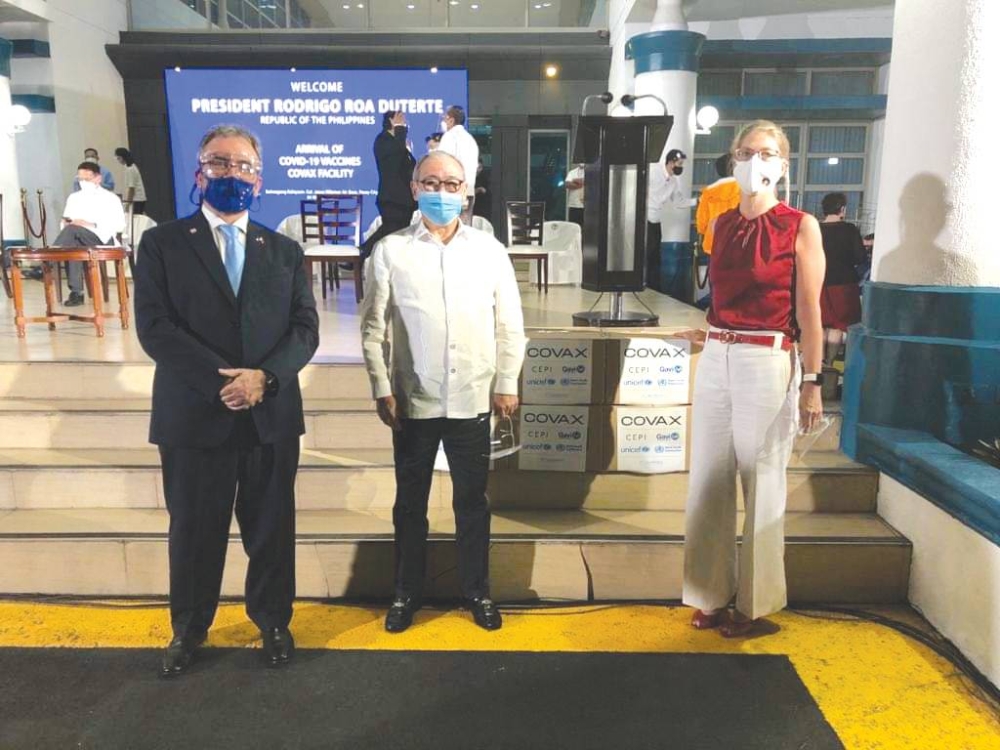 
TODAY marks the 31st year of German Unity and the second time the German Embassy Manila celebrates its national day in a virtual format. Despite the challenges brought about the on-going pandemic, Germany remains a reliable and responsible partner in the international community.

Although the Covid-19 pandemic remains a major challenge for the global community, German Ambassador Anke Reiffenstuel believes that there is a silver lining. "Vaccines have been developed, the Covax initiative has ensured that sufficient funds are being provided to produce and procure a substantial part of vaccines in countries that wouldn't have been able to do so on their own," she noted. "Germany has supported the Covax initiative from the very beginning as one of its top donors. And we will continue our solidarity with partners worldwide," adds Ambassador Reiffenstuel.

Here in the Philippines, more than 13 million vaccine doses have been provided through the Covax initiative. The successful vaccination campaigns have brought back a normal life for millions of people in many countries. We are also confident that the Philippines will soon again see a prospering economy and flourishing tourism, children playing outside, schools and universities full of life, as well as the traditional annual festivals and celebrations. 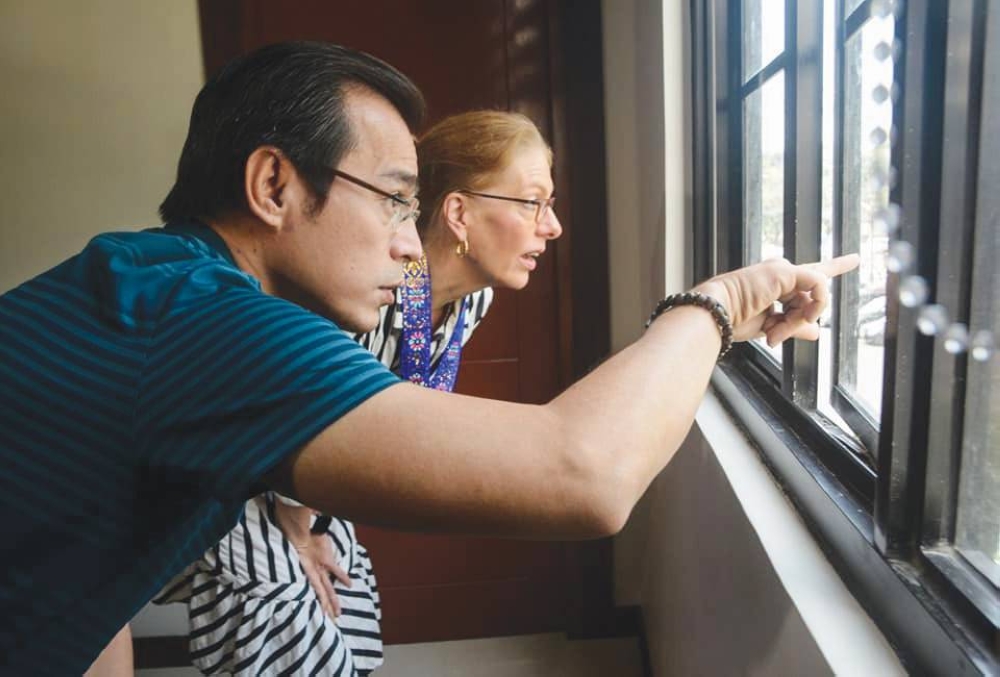 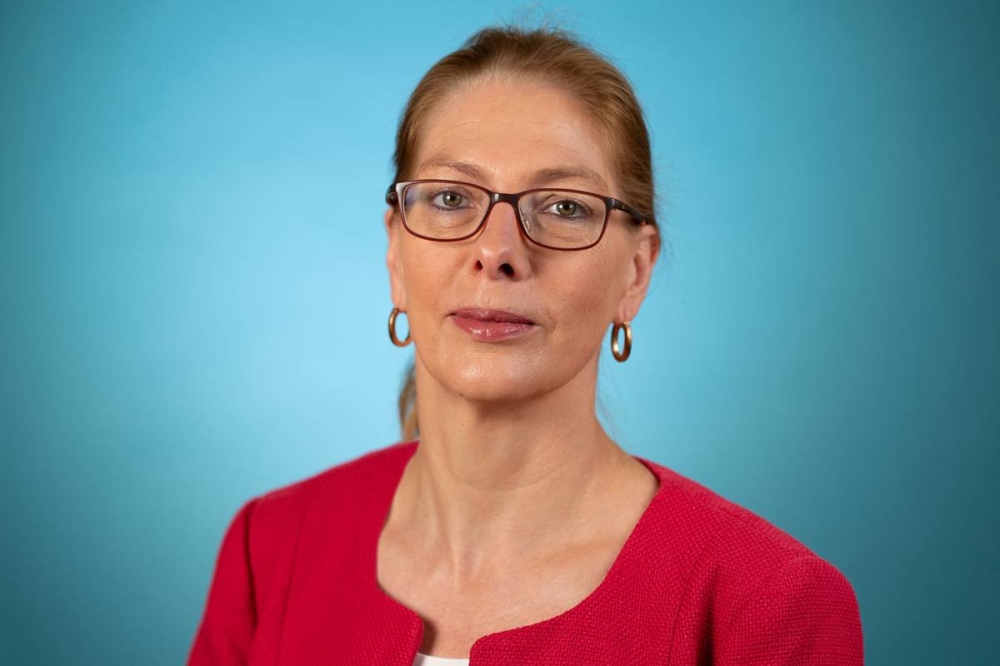 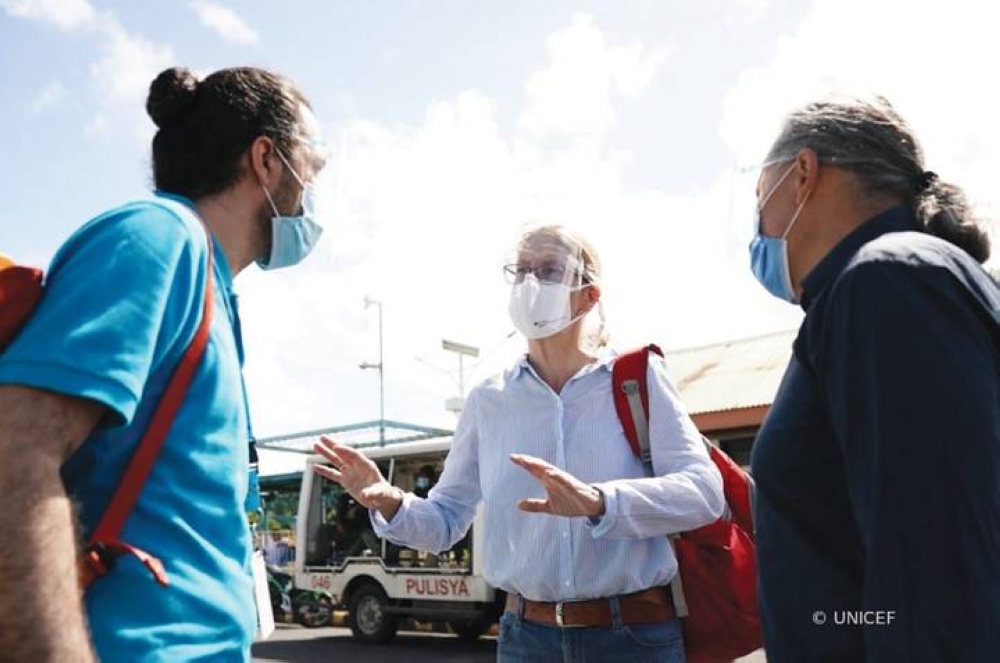 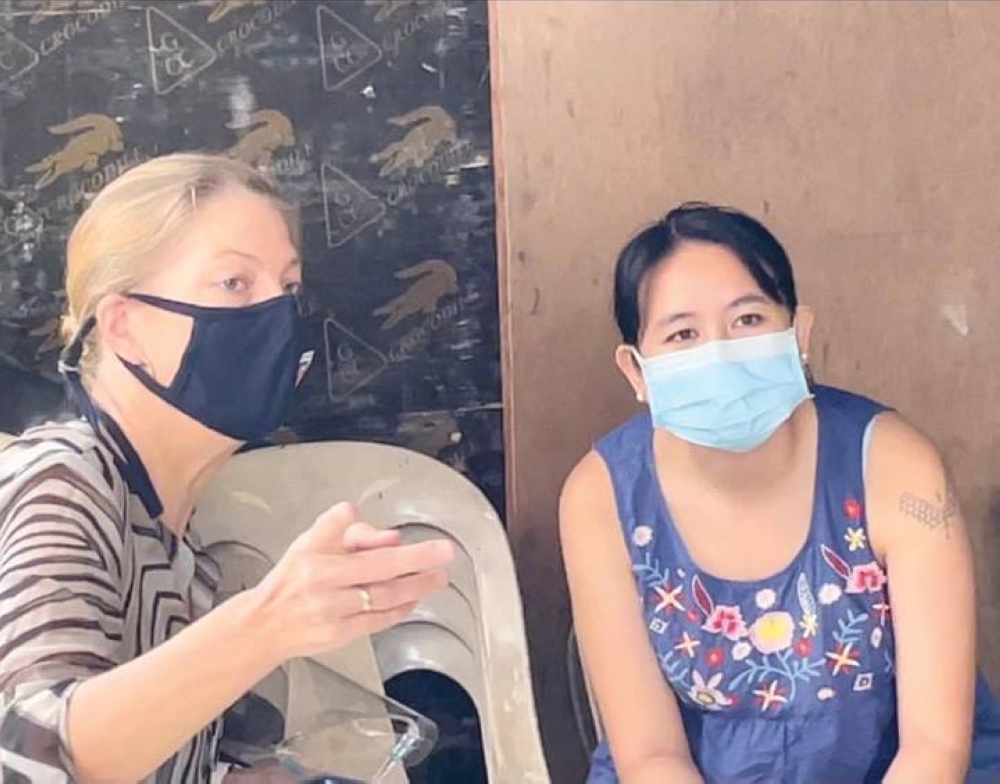 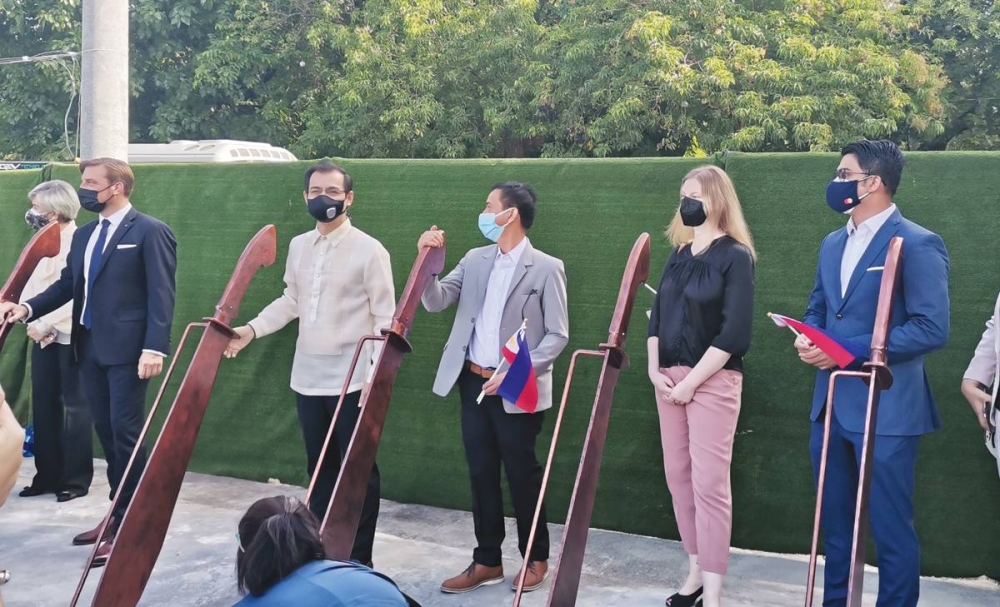 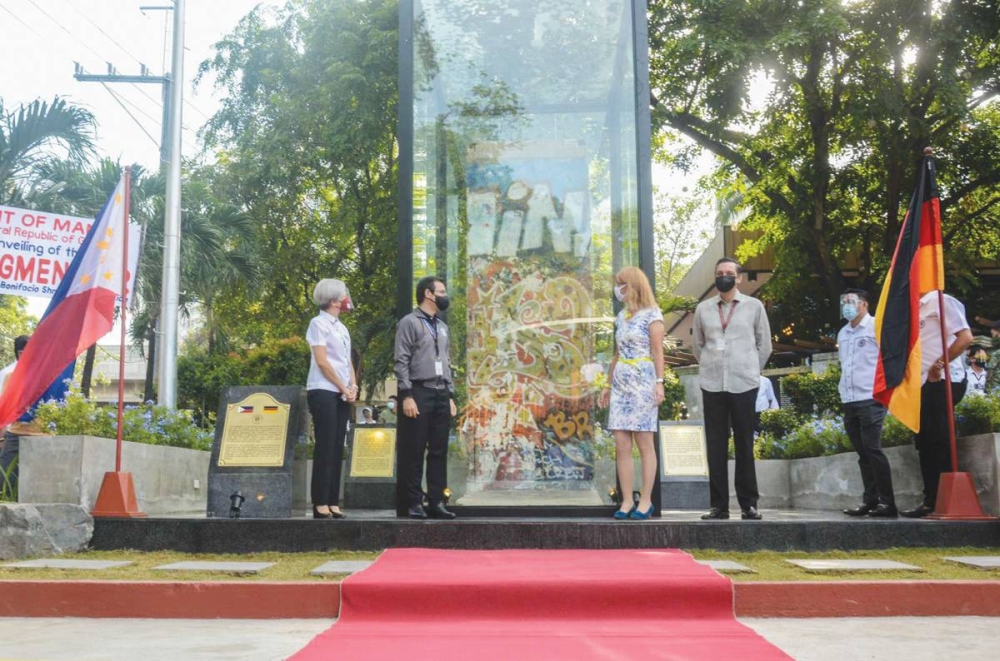 This year's German national day is celebrated one week after the national elections were held in Germany. Last Sunday, on September 26, a new parliament was elected. Based on the results of this election, the representatives of the political parties are currently exploring potential coalitions for forming the new government. The negotiations on the new government will result in a joint agreement which will serve as the roadmap for the German government's policy for the next legislative period of four years, explained Ambassador Reiffenstuel.

Over the past decades, including the 16 years of chancellorship of Angela Merkel, Germany has gained international reputation, has lived up to its international responsibility and has been a reliable and strong partner in the international community. Indeed, Germany will continue to be a responsible and committed stakeholder on the national, European and multilateral levels.

German Ambassador Reiffenstuel looks forward to also taking forward the cooperation with our Philippine partners and the relations between our two countries. "While our joint efforts to sustainably overcome the Covid-19 pandemic remains a priority, we must not neglect our commitments and responsibilities when it comes to climate and environment protection, the promotion of human rights and the rule of law, peace building, free trade and the defense of a rules-based international order. Germany will keep these issues high on its agenda and remain a reliable partner," she said.

ON THE OCCASION OF THE 31ST ANNIVERSARY OF GERMAN UNITY

I extend my warmest congratulations to Ambassador Anke Reiffenstuel and the German Embassy in Manila, as they celebrate the 31st Anniversary of German Unity. 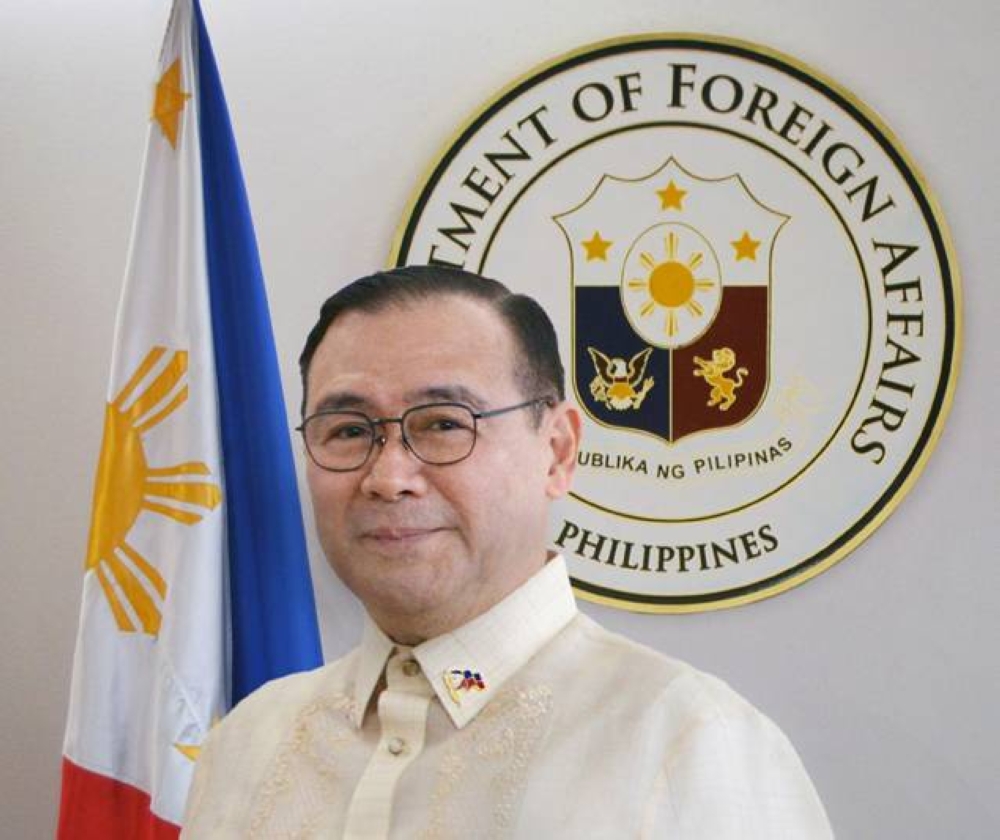 On this day in 1990, a unified German state came into being for the first time since 1945. That event was predicted, boldly, by President Corazon Aquino, when she visited West Germany in 1989, and stood amid the ruins of the Reichstag with the Berlin Wall behind her. She said "I can feel the winds of freedom blowing from the Urals to the Atlantic [she paused] because there is no more Wall." Every jaw dropped in Berlin and around the World. Later at the White House, George Bush, Sr., toasted her with the words, "To the freedom of the Filipino people." She returned the toast with, "And to the freedom of the rest of the world. The Berlin Wall has fallen." His jaw dropped.

It was all a fitting close to a decidedly dark chapter in history and an exciting beginning of an era defined by change, freedom and democracy.

From two countries divided by geopolitical forces and ideology, a unified Germany emerged to become a most prosperous and progressive state I dare say in the world; a regional leader that embodies European ideals, a beacon of freedom for the democratic aspirations of peoples all over the world.

This year's celebrations mark another important transition. After the successful conduct of elections, a new coalition will be formed to succeed the sixteen-year tenure of the larger-than-life Angela Merkel. She was the substance and symbol of actuality of humanity and decency in a cruel world, especially toward migrants fleeing violence.

The Philippines looks forward to continuing its robust and long-standing bilateral cooperation with the new German government, guided by our shared values of democracy and respect for the rule of law.

As the Coordinator for ASEAN-EU Dialogue Relations for the next three years, the Philippines will also seek to enhance and expand cooperation between our two regional groupings. We count on Germany's support.

Germany continues to be an important economic partner for the Philippines. I note that last year we had over 4.3 billion dollars in trade turnover, 585 million dollars in remittances, and more than 40 million dollars in development assistance. With German generosity, we shall build back better and return to pre-pandemic growth.

Our work is certainly cut out for us. Global recovery from the pandemic will require like-minded partners to coordinate efforts to ensure an equitable and inclusive return to normalcy. The Philippines reaffirms its commitments to this end.

I wish you all a happy Unity Day.