Read Next
Birth rate, marriages down amid pandemic – PopCom 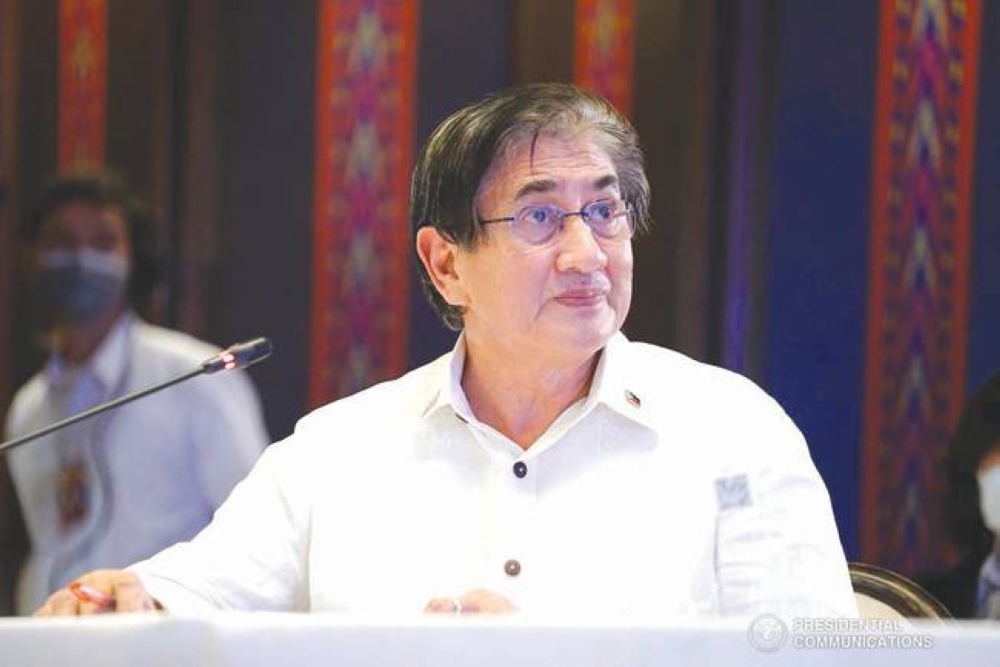 Department of Information and Communications Technology Secretary Gregorio Honasan 2nd gives an update to President Rodrigo Roa Duterte on his agency’s accomplishments and ongoing development during a meeting with the Inter-Agency Task Force on the Emerging Infectious Diseases (IATF-EID) core members at the Malacañang Palace. CONTRIBUTED PHOTO

Philippines has seen significant improvements in its digital speed and interconnectivity services since President Rodrigo Roa Duterte assumed office, an official from the Department of Information and Communications Technology (DICT) said.

The DICT has worked steadfastly in cooperation with the country's telecommunications (Telco) companies and Bases and Conversion and Development Authority (BCDA) to fulfill President Duterte's marching order to provide free, equitable, and reliable Internet service for all Filipinos, DICT Secretary Gregorio Honasan 2nd said during a meeting on government's Covid-19 interventions.

This collaborative effort has resulted in faster and cheaper Internet connection for the Philippines, according to the DICT chief.

Additionally, more than 4,000 Wi-Fi sites were established in the year 2020 alone, raising the country's total number of free Wi-Fi spots to 10,966, which provides free Internet to public hospitals, quarantine centers, as well as public schools among others, he noted.

According to Honasan, the streamlining of permit processing for building of cellular towers as well as opening the Philippine Telco market to foreign investors marks the country's steady improvement of its digital sphere.

The country's digital connectivity and transformation under the Duterte administration is vital in the government's post-pandemic recovery, the DICT secretary said, noting that it will aid in addressing domestic and global concerns in health, economy, political, and security-related matters.