Three others were reported missing and around eight major roads were declared unpassable in Baguio City on Monday. 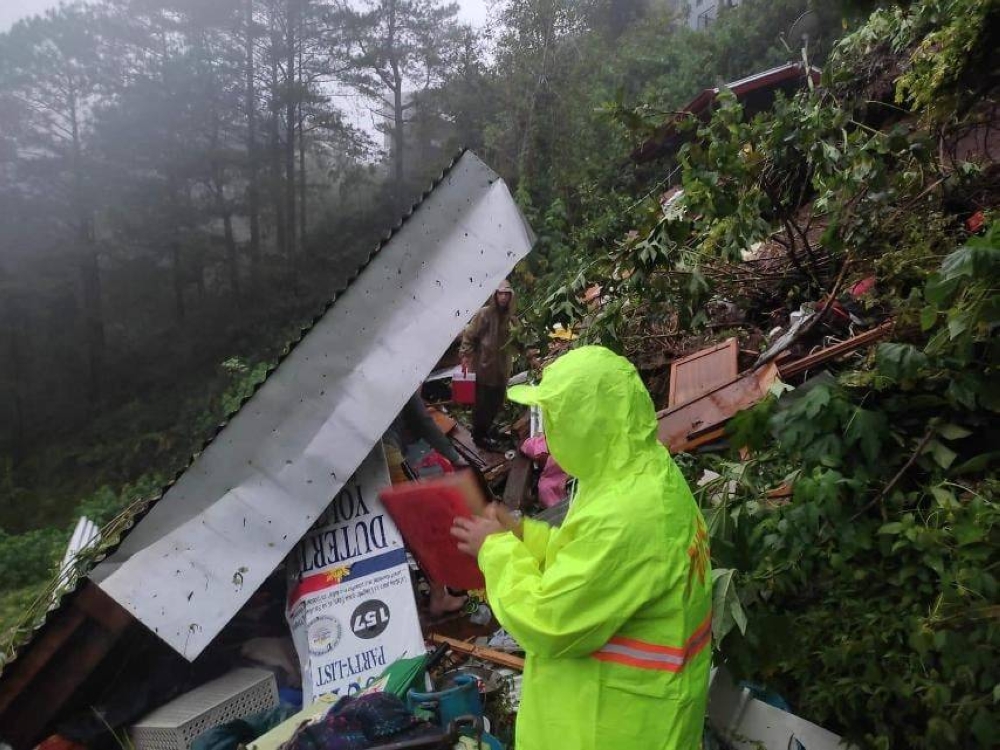 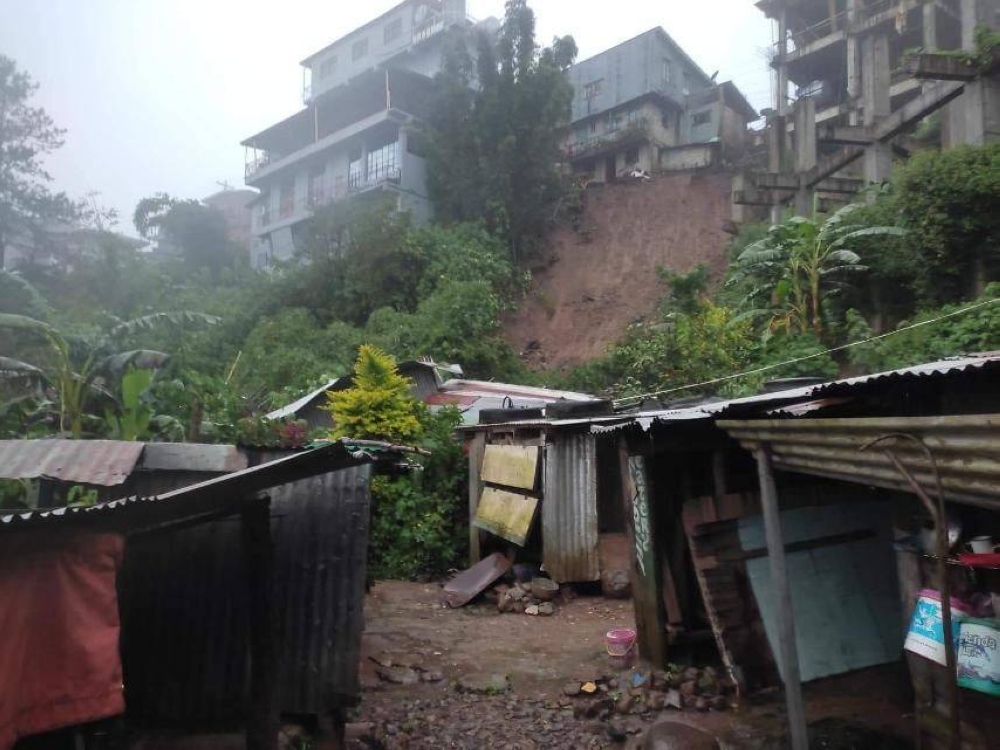 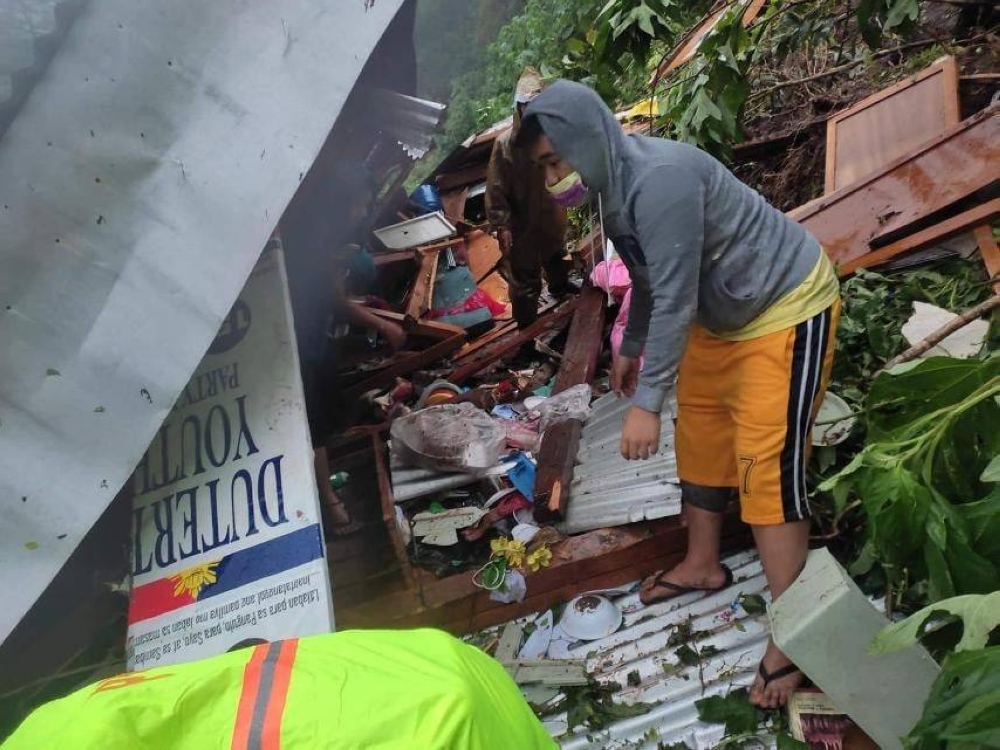 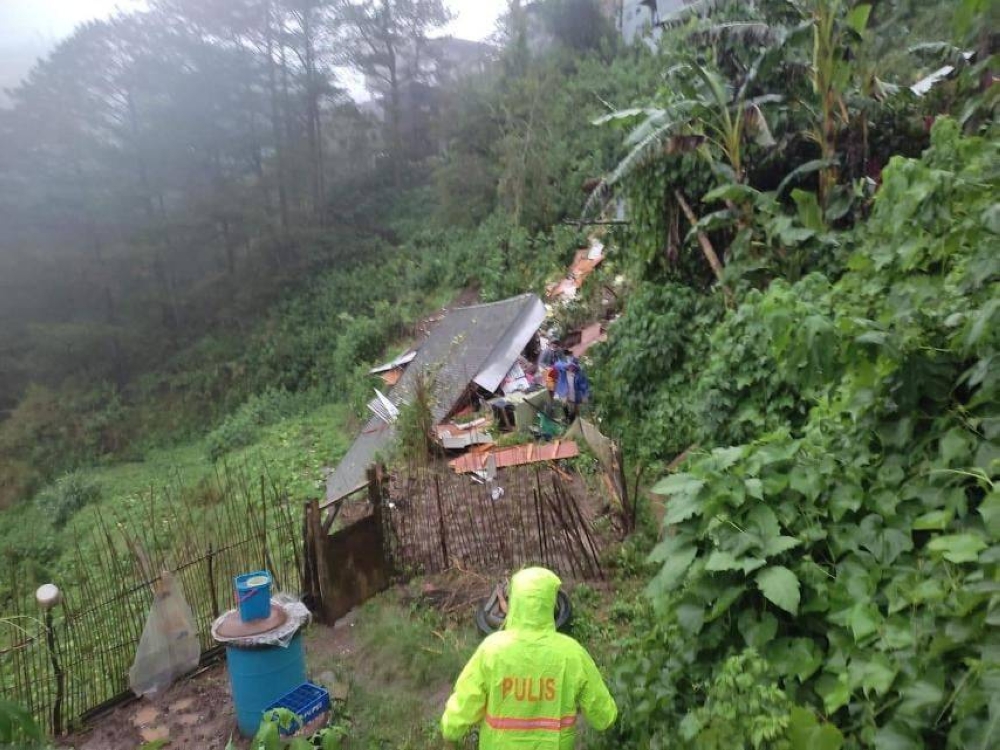 According to a report, the family was having dinner inside their home when a landslide buried their house. The parents were alive when they were pulled out from the rubble after an hour. The children, on the other hand, were rushed to the hospital but were declared dead on arrival.

Benguet legislative caretaker and Anti-Crime and Terrorism through Community Involvement and Support party-list Rep. Eric Yap immediately responded to the situation and promised the family that he will shoulder the hospital bills of the victims and the repair of the damaged residence.

In Baguio City, a 56-year old grandfather and his two grandsons aged 12 and 4 remain missing after a landslide buried their residence at Marosan Alley, Barangay Dominican Mirador Monday night.

A member of the household was able to survive the landslide and immediately reported the incident to authorities.

As of press time, search and rescue operations are still underway for the missing individuals.

Three major roads leading to Baguio City were closed to vehicular traffic following a series of landslides along the stretch of the Marcos Highway, Kennon Road and the San Pascual-Asin-Nangalisan-Baguio Road.

Further, the Baguio-Bontoc-Banaue Road linking major urban centers in the Cordillera starting from Baguio City passing through La Trinidad, Benguet, Bontoc, Mountain Province up to Banaue and Lagawe towns in Ifugao, is closed because of intermittent landslides along various portion of the road.

Secondary road networks such as the Gov. Bado Dangwa Road, Cong. Andres Cosalan Road, Abatan-Mankayan-Cervantes Road, Bokod-Kabayan Road, all in Benguet; the Apayao-Ilocos Norte Road and other similar roads in Abra, Mountain Province and Kalinga have been closed due to landslides caused by the heavy downpour for over two days.

Regional, city, provincial, municipal and barangay (village) disaster risk reduction and management personnel and volunteers are now conducting rapid assessment on the extent of damages that were inflicted by the weather disturbance to both private and public properties where the data relative thereto will be released as the same will be validated and made available.

Moreover, damage to infrastructure and agriculture will also be reported the soonest after concerned offices complete their assessment on the extent of damages inflicted by the typhoon to the government's projects in the different parts of the Cordillera which is one of the hardest hit by the weather disturbance.