Read Next
Garde to finally fight in Cebu 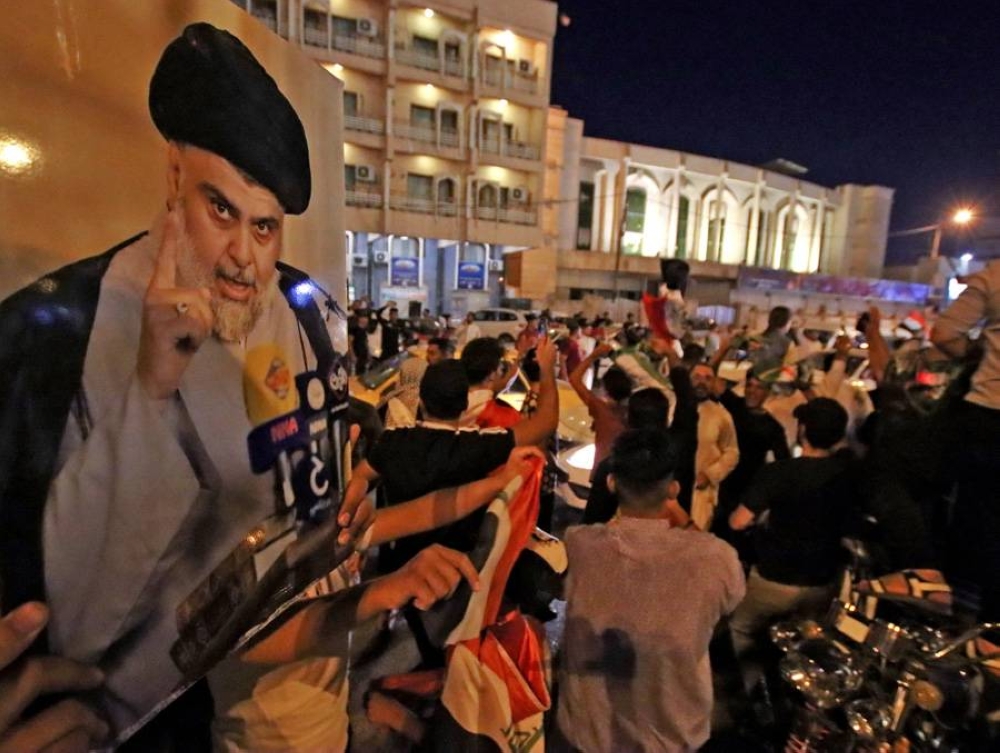 Supporters of Iraqi Shiite cleric Muqtada al-Sadr ride in vehicles while celebrating in the central shrine city of Najaf after the closure of polls during the early parliamentary elections on October 10, 2021. Turnout was low for parliamentary elections in war-scarred Iraq, early data showed, amid widespread disillusionment about a political elite seen as inept and corrupt. October 10's vote was moved forward from next year as a concession to an anti-government protest movement that has demanded deep reforms in the oil-rich yet poverty-stricken country. AFP PHOTO

BAGHDAD: Turnout hit a record low for parliamentary elections in war-scarred Iraq, early figures showed on Monday amid widespread disillusionment about a political elite seen as inept and corrupt.

Sunday's vote was moved forward from 2022 as a concession to an anti-government protest movement that has demanded deep reforms in the oil-rich yet poverty-stricken country.

But in the end, voter participation hit a new low in Iraq's fifth election since the 2003 US-led invasion that ousted dictator Saddam Hussein with the promise of bringing freedom and democracy.

Preliminary turnout was just 41 percent, the electoral commission said — below the modest 44.5 percent recorded in 2018. Official preliminary results had not yet been released and were expected later Monday.

UN Secretary General António Guterres hailed the "largely peaceful conduct" of the vote and urged "all stakeholders to show patience" as the electoral commission tabulates the results.

Kerar Haider, who was busy removing campaign posters from the streets of the capital's Karrada district, said he did not vote "because it is useless." "The same faces always come back," the 26-year-old said.

Iraq is a major oil producer but nearly a third of its almost 40 million people live in poverty, according to United Nations figures, and the Covid pandemic only deepened a long-running crisis.

The premier and national spy chief tweeted that he had "kept his promise and done his duty by organizing fair elections."

Kadhemi's own political future is now uncertain with few observers willing to predict who will emerge as leader after the usual political haggling between factions that follow Iraqi elections.

The election was held under tight security in a country where key parliamentary blocs have armed factions and Islamic State (IS) group jihadists have launched mass-casualty suicide attacks this year.