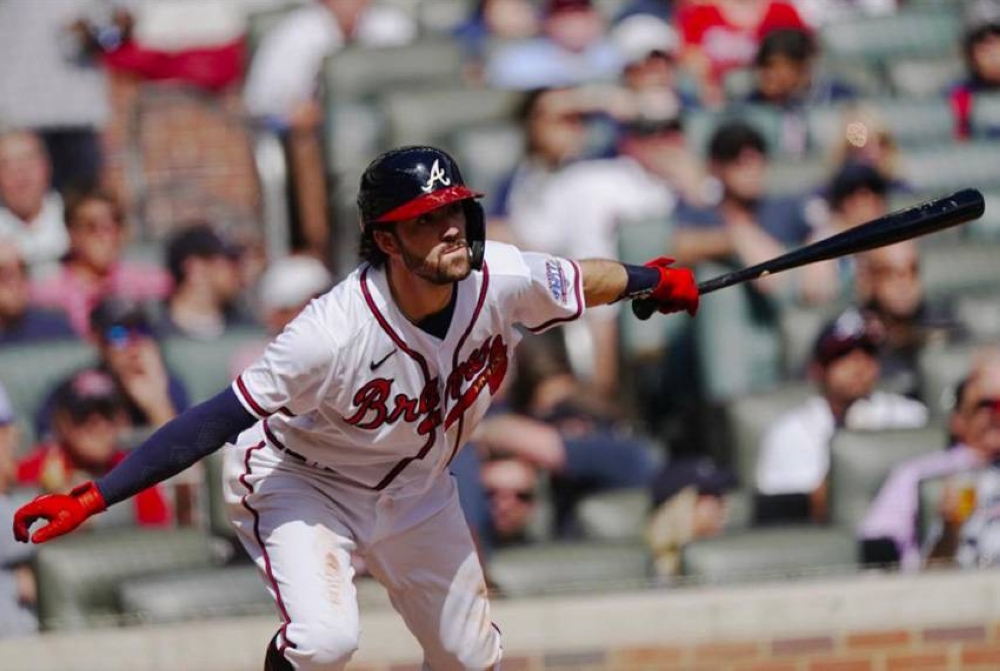 Atlanta Braves’ Dansby Swanson follows through on a single during the fifth inning of Game 3 of a baseball National League Division Series against the Milwaukee Brewers on Oct. 11, 2021 (October 12 in Manila) in Atlanta. AP PHOTO


ATLANTA: Joc Pederson credits his postseason success to "not making any moment bigger than it needs to be."

With another jolt, Pederson put the Atlanta Braves on the verge of advancing in the playoffs.

Pederson kept enhancing his "Joctober" nickname with a three-run, pinch-hit homer and the Braves shut down Milwaukee once again, beating the Brewers 3-0 on Monday (Tuesday in Manila) to take a 2-1 edge in the NL Division Series.

"It was pretty special," Pederson said of the fifth-inning drive. "To come up big in a moment like that was pretty cool."

In a matchup dominated by pitching, Ian Anderson and the Braves bullpen combined on a five-hitter and won by a 3-0 score for the second straight game.

Pederson's homer was his second of the series, both as a pinch-hitter against Adrian Houser. Pederson singled as a pinch-hitter in his only other at-bat in this series, and has driven in four of Atlanta's seven runs.

Pederson has hit 11 postseason home runs overall and helped the Los Angeles Dodgers win the World Series last year with his longballs. He then signed as a free agent with the Chicago Cubs in the winter and was traded to Atlanta in July.

"He's been in the big moment, the big stage, and he's performed and guys appreciate that," Braves manager Brian Snitker said.