Magnolia goes for jugular vs Meralco

Read Next
Thailand to impose no quarantine in Nov 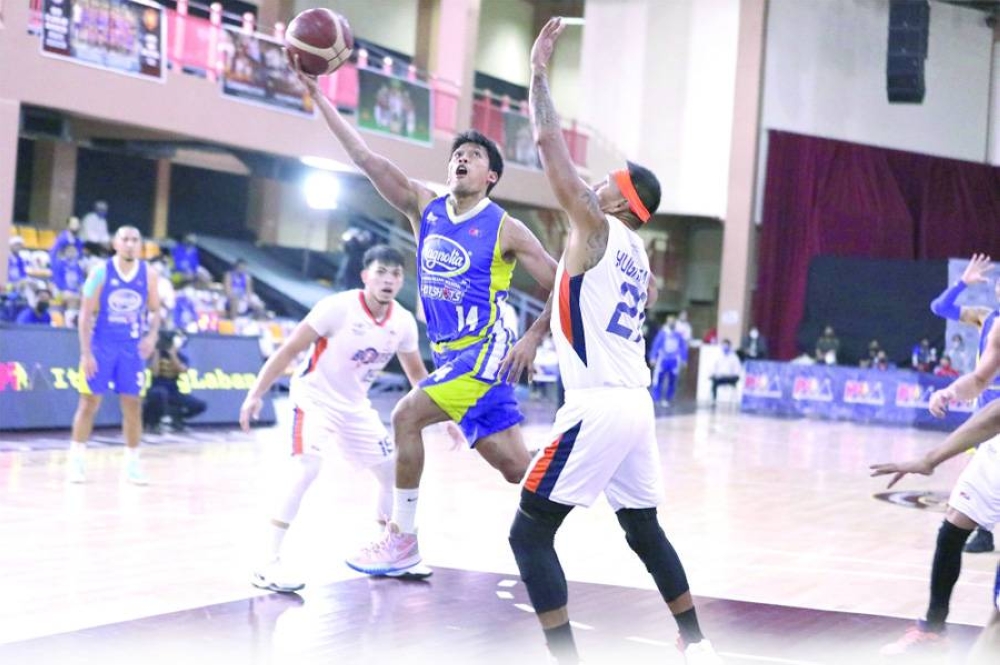 OUT OF REACH Magnolia aims to secure the victory on Wednesday against Meralco to book the first seat in the PBA Philippine Cup finals. PBA PHOTO

ONE win is all Magnolia needed to earn a return trip ticket to the Philippine Cup finals and Hotshots coach Chito Victolero knows putting away the Meralco Bolts is easier said than done.

Despite leading at 3-1, the Hotshots will treat the fifth game of the best-of-seven series on Wednesday as a do-or-die duel.

"We have to remind everybody that this is the most important game of the series, not Game 6, not Game 7. We don't want to look beyond Game 5," said Victolero, who is looking to bring Magnolia to the Philippine Cup finals for the third time in four years.

Victolero's challenge is in anticipation of what the desperate Bolts might throw at them in Game Five.

In the other game, San Miguel and TNT clash in Game 5 of their own semifinal series that has been reduced to a best-of-three affair. With the score tied at 2-2, the winner on Wednesday gets to put its one foot inside the finals door.

The Beermen played a statement game in Game Four on Sunday, blasting the shorthanded Tropang Giga and showing their full offensive might with a 116-90 triumph to level the series.

So decisive was San Miguel's win that people are now beginning to think that the Beermen have gained momentum in the series.

"It's not really a momentum shifter, but at least it gave us a chance to come out in Game Five with a greater level of confidence compared to being down 3-1," wrote Abanilla in a text message to The Manila Times. "Remember, it's a best-of-seven series and now it's down to a best-of-three, so practically, both teams have an equal chance of winning Game Five depending on how you approach the game. Mental preparation and the rest will be the key the rest of the series."

In Game Four, seven Beermen finished with double figures in scoring led by Moala Tautuaa who netted 25 points behind a 7-of-9 shooting from the field.

San Miguel showed its championship experience and depth which it can rely on heading to the most crucial games of the series.

"That's one of my problems, but it's a good problem," San Miguel Beer coach Leo Austria said, referring to the challenges he is facing on dividing the game minutes for his star-studded squad.

In the end, the Beermen's talent proved to be too much against the Tropang Giga, who will rely on their relentless effort in trying to offset their manpower disadvantage against their rivals.

The Tropang Giga, however, are expected to welcome back Kelly Williams and Poy Erram, who missed the majority part of Game Four after a collision with Tautuaa.

Erram was taken to the hospital in the first period and his absence weakened the Tropang Giga's interior defense, an opportunity seized by the Beermen.