The opposition to the proposed reclamation project in La Consolacion town in Cebu has continued to snowball with the country's association of shipbuilders taking the cudgel for its members adversely affected by the controversial project.

Shipyard Association of the Philippines (ShAP) President Meneleo Carlos III even coined the term "WMD" to mean "Weapons of Maritime Disruptions" to describe the reclamation project proposed by the local government unit (LGU) of La Consolacion that would obliterate seven out of the 19 shipyards in the area. 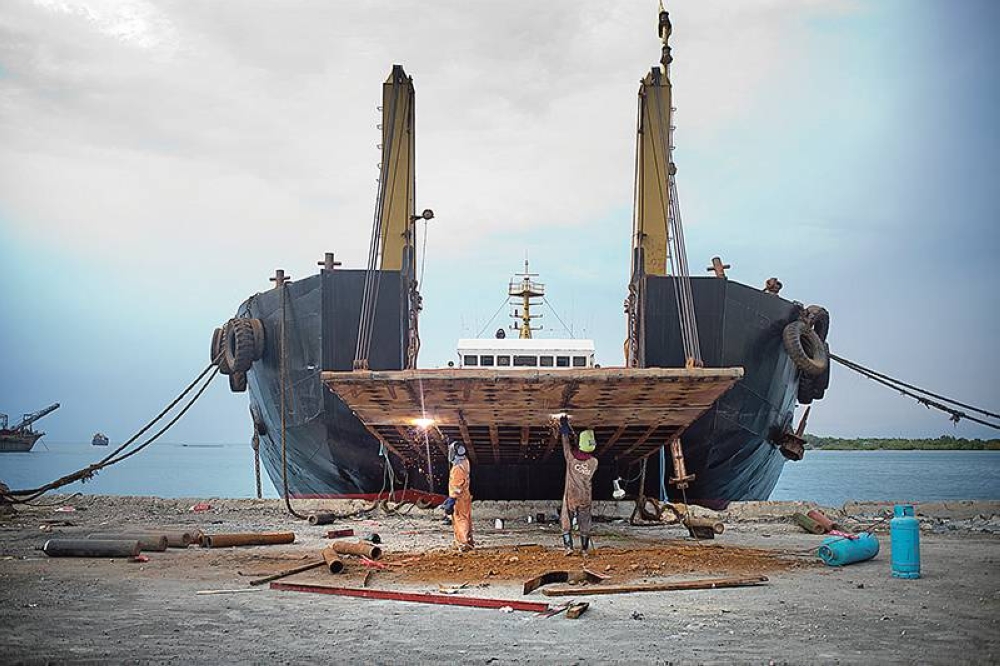 A shipyard in Carmen, Cebu

During the recent webinar organized by the Maritime Industry Authority (Marina) to discuss the various initiatives taken by the shipbuilding and ship repair industry to recover from the impact of the pandemic Carlos stressed that "threats" to the industry must be reduced.

Among these threats were the "inconsistent policies" on health and safety, environmental compliance, and foreshore lease and business permits that have a debilitating effect on shipyard operations.

The biggest threat, however, is the proposed multibillion-peso project involving the reclamation of some 240 hectares in the Cebu Channel for the seafront development project to be undertaken by La Consolacion Seafront Development Corp. (LCSDC), a consortium with a mere capitalization of P10 million, according to reports.

"The La Consolacion Seafront Project is in great danger of actually disrupting the maritime industry. It is where most of the ship repair yards are located; 7 out of the 19 shipyards or about one-third, but a lot closer to a half, in terms of capacity, are in danger of losing their access to the waterways."

Based on the proposed plan for the reclamation project, "the slipways and the entire waterway of the shipyards, a property which they owned, would become inaccessible," the ShAP president pointed out.

Yet the appeals, concerns, and protests of ShAP members did not merit consideration in the development of that seafront concept, according to Carlos.

"So imagine, if you're a shipyard, who invested money, time, in the generation of know-how in running and developing a shipyard and (suddenly) you're facing an issue such as no progress on foreshore leases, which are renewals, and were approved previously. They are simply sitting on the applications"

The shipyards were also issued with only a six-month business permit or less instead of the typical yearly or annually. "So the continuity of their business is being challenged by LGU simply because of their desire to come up with the seafront development."

He tossed the issue to shipowners who were present in the webinar: "Our question now is can the shipowners tolerate losing 7 out of the 19 yards in Cebu? You're going to lose 13 drydocks; these 7 yards repair as many as 300 ships a year."

"Surely, I can tell that with lower capacity, drydocking costs will go up. What about those who would lose their jobs? We're talking here not only permanent employees but also contractors that build hundreds of people who rely on the shipyards for their jobs, where would they go?"

The shipowners did not respond, but the workers have demonstrated their sentiment. Just last week, at least 3,000 workers from six shipyards that would be displaced by the project took turns in staging daily protest actions to oppose the project.

Just the other day, the workers have also brought their concerns to President Duterte, appealing to the Chief Executive to stop the project.

Meanwhile, Marina has thrown their full support to ShAP and its members that would be displaced by the reclamation and has written the LGU to appeal its decision to proceed with the project.