Read Next
Remote or virtual audit – Adapting to the 'new normal'

SEN. Christopher Lawrence "Bong" Go, chairman of the Senate Committee on Health and Demography, has personally attended the launch of the country's 145th Malasakit Center at the Philippine National Police (PNP) General Hospital inside Camp Crame in Quezon City on Monday. 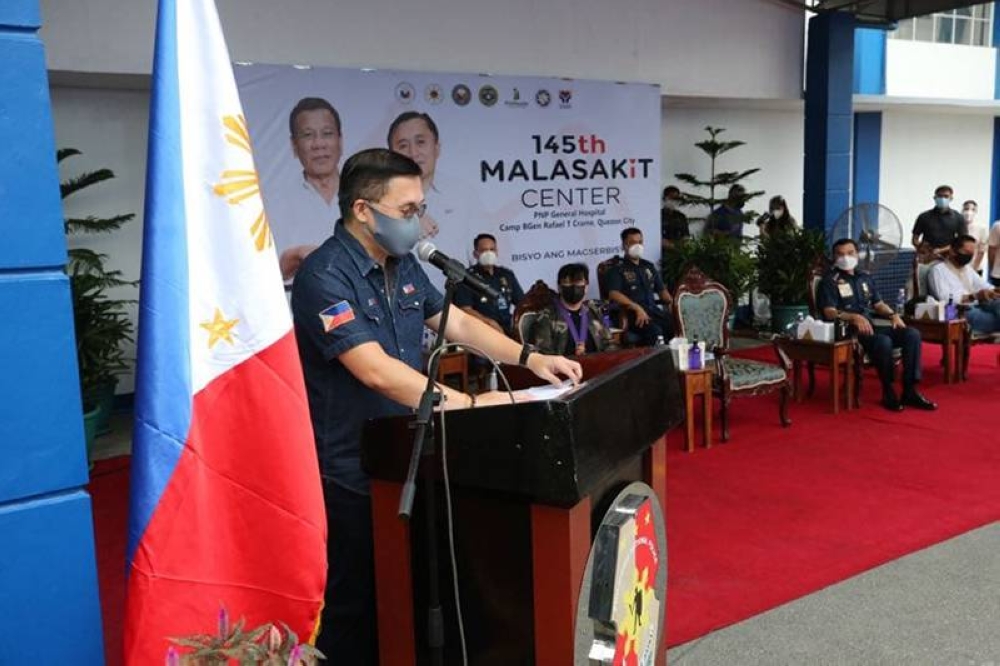 Photo from The Official FB page of the Philippine National Police

This is the 29th Malasakit Center in Metro Manila and 11th in Quezon City.

In a speech at the ceremony, Go recognized the present and previous leadership of the PNP for their efforts to advance the health and well-being of the police force. He hailed the new center as an important tool to ensure police officers have access to necessary medical treatment and services.

"Matagal nang due buksan itong Malasakit Center pero nagkaroon ng mga quarantine restrictions kaya hindi natin ito nabuksan sa panahon niya. Alam kong iisa lang ang layunin ni General [Guillermo Lorenzo] Eleazar at General [Debold] Sinas, ang malagyan kayo ng Malasakit Center dito sa inyong ospital. Sila 'yung nag-follow-up kay Pangulong [Rodrigo] Duterte dahil iniisip nila parati ang kapakanan at kapamilya ng mga pulis (The opening of this Malasakit Center was long overdue due and it was not opened as scheduled due to the quarantine restrictions. I know that General Eleazar and General Sinas have common intention, and that is for the establishment of a Malasakit Center here in your hospital. They were the ones who made the follow-ups with President Rodrigo Duterte for the sake of the welfare of the families of the policemen)," said Go.

The program streamlines the process of acquiring medical assistance by bringing together the relevant government agencies, namely the Department of Health (DoH), Department of Social Welfare and Development (DSWD), Philippine Health Insurance Corp. (PhilHealth) and Philippine Charity Sweepstakes Office, under one roof.

"Itinuturing nating mga frontliners ang mga pulis, lalo na sa panahong ito. Hindi magiging successful ang kampanya ng Pangulo laban sa korapsyon sa gobyerno, kriminalidad at iligal na droga kung hindi sa tulong at sakripisyo ng mga kapulisan. Kaya naman full support kami sa inyong lahat (We consider the policemen as frontliners, especially at this time. The campaign of the President against corruption in government, criminality and illegal drugs would not have been successful if not with the help of the police force. This is why we also fully support you)," he continued.

Go has reaffirmed President Duterte's commitment to all uniformed personnel, which the latter demonstrated when he signed Congress Joint Resolution 1 in 2018 in fulfillment of his campaign promise of increasing the base pay of uniformed personnel including the PNP.

"Sinabi niya sa akin noon, sabihin mo sa mga senador kung hindi 'yan maaprubahan, I will resign! ... Unahin muna natin itong sahod ng mga pulis, militar, bumbero kasama na rin 'yung BJMP (Bureau of Jail Management and Penology) dahil pangako ko sa kanila 'yan (He told me then, to tell the senators that if this will not be approved, I will resign!...We will prioritize the salary of the police, military, firefighters, including the BJMP because that is my promise)," he said.