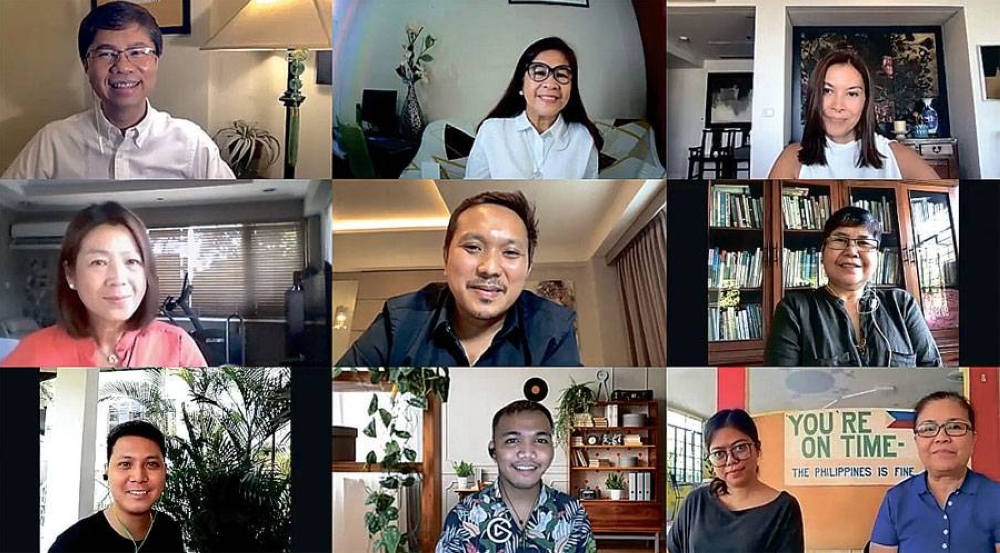 Zone V is composed of individuals with a shared passion for art photography. Their aim is to elevate the medium in its varied forms and to nuture a community steeped in learning and camaraderie.

For more than 40 years since its formation, Zone V has grown in both membership numbers and craft skill, with many among its members receiving local and international acclaim in photography competitions. The club is passionate in their pursuit for photography as a pure art form, and firm on the belief in the medium as a conduit for making a positive difference in people's lives.

And due to the call of the times, Zone V felt the need to help alleviate the challenges through their art.

"Images of Hope" aims to sell 200 prints and raise at least P300,000, which will be used to buy computer equipment for ADF scholars.

Proceeds from the sale will benefit the Assumption Development Foundation (ADF), a non-profit organization dedicated to the learning development of select youths of Sapang Palay, Bulacan.

"We have been long partners with ADF and we have always supported to raise funds to purchase computers for ADF's scholars. It is in this line that we would like to ask for support in pushing for positive change for our society. With one print at a time and with this gesture of support, we hope to make a better future for our ADF scholars," she added.

Featured in the virtual event are color and black and white prints from its 50 members, including the club's Ambassadors of Zone V; a group composed of Jay Camus, Manny Inumerable, Cha Pagdilao, James Singlador, Danny Yu, and Ruben Castor Ranin, who was himself a recipient of an ADF scholarship.

Established in 1966, what would become ADF was borne out of necessity; that from a community of 20,000 informal settlers relocated from Manila to Bulacan.

Thrust into no man's land and lacking the most basic of needs, a Carmelite Missionary and Assumption College San Lorenzo set up a school to provide, at the very least, schooling for children in Grades 1 to 6.

ADF later became a foundation in 1995, whose mission is to "help disadvantaged children by breaking the cycle of poverty through education."

An ADF website post (based on data from November 2009) said that more than 586 high school students and 162 college students have graduated from the program. The prevalence of remote learning in the new normal makes computers a critical and indispensable education tool.

Zone V's ultimate goal is to build a learning hub at ADF. Earlier in the year, the club partnered with PLDT to connect the ADF facility with fiber connectivity.

With the coming addition of the computer sets, ADF scholars will soon have a fully-functioning digital learning center.