McIlroy back on top in Dubai after risky gamble

DUBAI: A gutsy shot by Rory McIlroy on the par-3 17th hole helped him wrest back the lead after Saturday's (Sunday in Manila) third round of the DP World Tour Championship, the season-ending event of the European Tour.

McIlroy faced an impossible-looking chip shot from the rocks in the hazard. A penalty drop looked like the best option, but the Northern Irishman decided to take on the very risky shot, and nearly holed the return chip thereafter for a par.

It was a bogey eventually, but McIlroy's boldness saved him at least one shot on Jumeirah Golf Estates' Earth course. 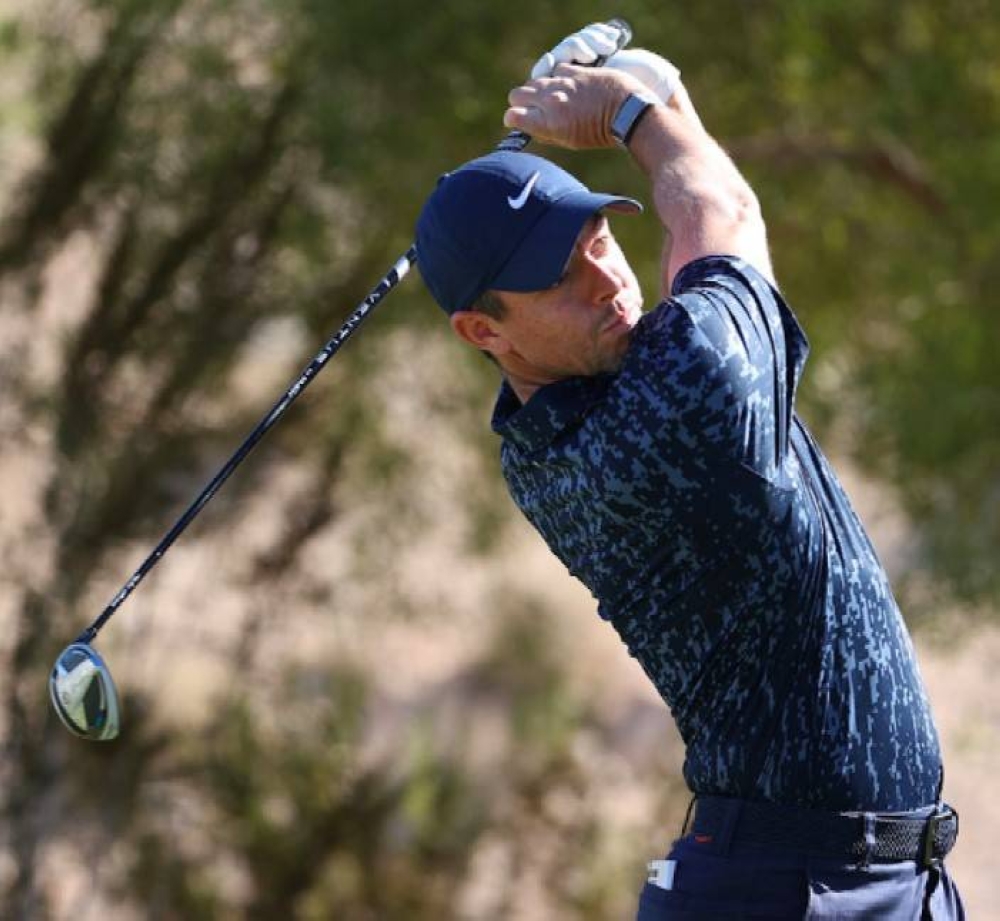 And then, the par-5 18th hole, which so cruelly denied him sole lead after the second round with a double bogey, enabled him to climb up to the pole position when McIlroy made a birdie for a round of five-under-par 67 and finished on 14-under-par total.

England's Sam Horsfield, coming behind him as sole leader on 14-under par, could only make a bogey from the fairway bunker and dropped to 13-under par, one behind McIlroy.

Scotland's Robert MacIntyre and Sweden's Alexander Bjork were tied third at 12-under par.

Collin Morikawa, who is almost certain to become the first American winner of the Race to Dubai, moved into a tie for fifth place alongside joint overnight leaders Shane Lowry of Ireland, American John Catlin and Denmark's Joachim Hansen.

McIlroy started with a bogey, but that just seemed to have woken him up as he made six birdies in the next 12 holes.

"I'm looking forward to the final round. I'm right where I want to be. I want to be contending on Sundays in golf tournaments, and feel like I'm back to playing the way I should and the way that will get me back contending. So, I'm excited to go out there and try to pick up another one," said McIlroy, winner of the tournament in 2012 and 2015.

Talking about the shot on the 17th, he said: "Harry (his caddie) was pleading with me not to hit it. I had a similar shot in Boston a couple years ago playing with Tiger (Woods) and the ball went straight behind me into the water and I had to go back into the drop zone.

"I could have looked very silly with that shot. But I just didn't feel like it was as risky as the one in Boston. So, I thought, let's take it on. It's going to be an easier four if I can get it where I thought I could get it to. That's what happened and the chip nearly went in for a three." AFP