Nation
WHY CPC WAS SUCCESSFUL IN THE PAST

How CPC can continue to succeed in the future?

Read Next
Inflation is now a real risk for investors

While the CPC is celebrating its centenary, the 19th Central Committee of the CPC convened its sixth plenary session in Being earlier this month. I will introduce a set of buzzwords to help Filipino friends understand the significance of this session for China and beyond.

This is an important meeting held at an important juncture marking the CPC's centenary and the convergence of our two centenary goals. The most important outcome of this Session is the adoption of its milestone Resolution On the Major Achievements and Historical Experience of the Party Over the Past Century. It's the third historical resolution in the 100-year history of the CPC. This resolution is a stellar Marxist guiding document, a political statement of Chinese Communists in the new era to develop socialism with Chinese characteristics, and also a guide for action to learn from history, usher in the future and rejuvenate the Chinese nation. The most distinctive feature of the Resolution is that it is factual and respectful of history. It reflects the original aspiration of the Party in its century-long great endeavour. It is in line with the Party's two previous historic resolutions and also in line with new developments of the times. 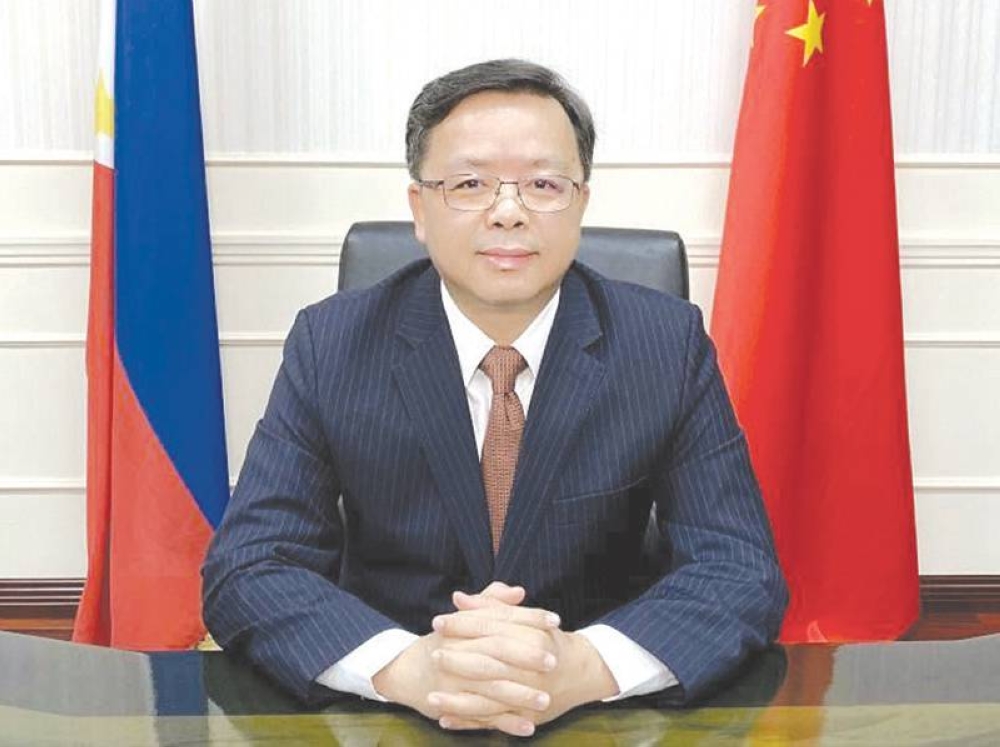 HUANG XILIAN, AMBASSADOR OF THE PEOPLE’S REPUBLIC OF CHINA TO THE REPUBLIC OF THE PHILIPPINES

This session focuses on a comprehensive review of the CPC's major achievements and historical experience in its century-long history. Since its founding in 1921, the CPC has remained true to its original aspiration and mission of seeking happiness for the Chinese people and rejuvenation for the Chinese nation. Driven by such belief, the CPC led the Chinese people to achieve great success.

During the period of the new-democratic revolution (1919-1949), the CPC led the Chinese people to defeat imperialist aggression of Japanese militarists, overthrow the reactionary rule of the Kuomintang, and found the People's Republic of China on October 1, 1949. This also put an end to China's history as a semi-colonial, semi-feudal society and to all the unequal treaties imposed on our country by foreign powers and all the privileges that imperialist powers enjoyed on our land, marking the country's great transformation from a millennia-old feudal autocracy to a people's democracy.

In the period of socialist revolution and construction (1949-1978), an independent and relatively complete industrial system and national economic framework were established, the conditions of agricultural production were markedly improved, and impressive progress was made in social programs such as education, science, culture, health and sports. The CPC led the people in completing the socialist revolution, eliminating all systems of exploitation, and bringing about the most extensive and profound social change in the history of the Chinese nation and a great transformation from a poor and backward country with a large population to a socialist country.

In December 1978, the 11th Central Committee of CPC held its third plenary session. This also proclaimed the beginning of the new period of reform, opening up, and socialist modernization. From then on, the CPC led the people in successfully responding to the Asian financial crisis, the global financial crisis, and other economic risks, and overcoming natural disasters. China achieved the historic transformation from a country with relatively backward productive forces to the world's second largest economy, and made the historic strides of raising the living standards of its people from bare subsistence to moderate prosperity in general and then toward moderate prosperity in all respects. China has achieved the great transformation of the Chinese nation from standing up to growing prosperous.

Following the CPC's 18th National Congress (2012), socialism with Chinese characteristics entered a new era. Since then, our economic development has became much more balanced, coordinated, and sustainable. China's GDP has exceeded 100 trillion yuan, while per capita GDP has topped US$10,000. China's economy is on a path of higher-quality development that is more efficient, equitable, sustainable, and secure. The goal of building a moderately prosperous society in all respects has been accomplished on schedule. China has achieved the great transformation from standing up and growing prosperous to becoming strong.

Over the past century, the CPC has led the people through great endeavors getting through thick and thin, it has accumulated valuable historical experience, reflected in the following 10 "secret code" of China's success story.

2. Putting the people first. China remains committed to the CPC's fundamental purpose of wholeheartedly serving the people, and always be aware that this country is its people and the people are the country.

4. Staying independent. The CPC has always followed an independent path as it has pressed forward, stressing reliance on our own efforts to drive the nation's development.

5. Following the Chinese path. The CPC has always stayed grounded in China's conditions and felt out a right path consistent with China's realities—the path of socialism with Chinese characteristics.

6. Maintaining a global vision. The CPC always stand on the right side of history and the side of human progress.

7. Breaking new ground. As the CPC has made constant innovations in theory, practice, institutions, culture, and other areas, it has demonstrated the courage to be pioneers and pursue a path hitherto uncharted.

8. Standing up for ourselves. The CPC has never lost heart or backed down, never hesitated to make necessary sacrifices, remained unyielding despite all setbacks.

9. Promoting the united front. The CPC has united all forces that can be united, and mobilized all positive factors available.

10. Remaining committed to self-reform. The CPC always owns up to its errors, actively engages in criticism and self-criticism, and has the courage to confront problems.

Democracy is a shared value of all human beings and a critical philosophy that the CPC and the Chinese people have unswervingly upheld. The CPC has held the banner of people's democracy since its founding. By reviewing the gains and losses of political development at home and abroad, the CPC keenly realized that China's political civilization and political system must be deeply rooted in China's society. It will not work for China to copy the political systems of other countries, which may even ruin the country's future. Democracy is not Coca-Cola, which, with the syrup produced by one country, tastes the same across the world.

In judging a country, whether democratic or not, the key is to see whether the people indeed run the country. The CPC enjoys the highest rate of support and satisfaction among the Chinese people, as over 90% according to international surveys by Harvard University. Because it is true people's democracy in its form and substance, so the whole-process of people's democracy is warmly received by the Chinese people.

The resolution notes that the CPC has remained committed to an independent foreign policy of peace. The CPC has also focused on the main goal of achieving national rejuvenation and promoting human progress. It has held high the banner of peace, development, cooperation, and mutual benefit. The CPC also advanced and enhanced China's diplomatic agenda in a comprehensive, multilevel, and multifaceted way. In accordance with the principles of amity, sincerity, mutual benefit, and inclusiveness and the policy of forging friendship and partnership with our neighbors, China has deepened relations with neighboring countries, and cooperated with them to build a community with a shared future.

In combating Covid-19, China has engaged in international cooperation and launched the largest global emergency humanitarian operation since the founding of the People's Republic, providing supplies, medical support, and vaccine assistance for many countries, especially developing countries like the Philippines. China has so far supplied more than 55 million doses of vaccines as of now and Chinese vaccines remain to be the primary and reliable source of vaccines in the Philippines and most of ASEAN countries.

On the morning of November 22, 2021, the Special Summit to Commemorate the 30th Anniversary of China-ASEAN Dialogue Relations was held. The two sides officially announced the establishment of a Comprehensive Strategic Partnership on the meeting. This is a new milestone in the history of our relations. President Xi Jinping made five proposals to proclaim that China stands ready to work hand in hand with ASEAN countries to build a peaceful, safe and secure, prosperous, beautiful and amicable home together. I believe both China and the Philippines will benefit from it.

Chinese people are marching forward on the new journey to build China into a modern socialist country in all respects. And China stands ready to work with the Philippines to grasp the overriding trend, remove interference, properly resolve differences through friendly consultations, share opportunities and promote shared prosperity. We will also stay committed to strengthening solidarity and cooperation with the Philippine people, creating an even brighter future for our two countries.