Read Next
UP Diliman prepares for face-to-face classes

When asked on their motivation to work at sea for long periods, seafarers instinctively declare almost the same response — a chance to provide a comfortable life for their families.

But being Filipinos who are culturally family-oriented, many seafarers hold the same purpose for hanging their hats and settling for a shore-based job instead. For a good number of Pinoy seamen, the pull of family ties is stronger than the sea.

A case in point is Ronald Sediego, a captain of tanker vessels, who had sailed the high seas for 16 years until the tug of family ties led him back to shore.

"The main reason why I chose to work ashore is my family. I chose to be with my wife and children over material gains," he said.

As the ship captain let go of the demanding but lucrative seafaring profession, however, doors of opportunities opened left and right in maritime education and training — a sector he has always been passionate about. 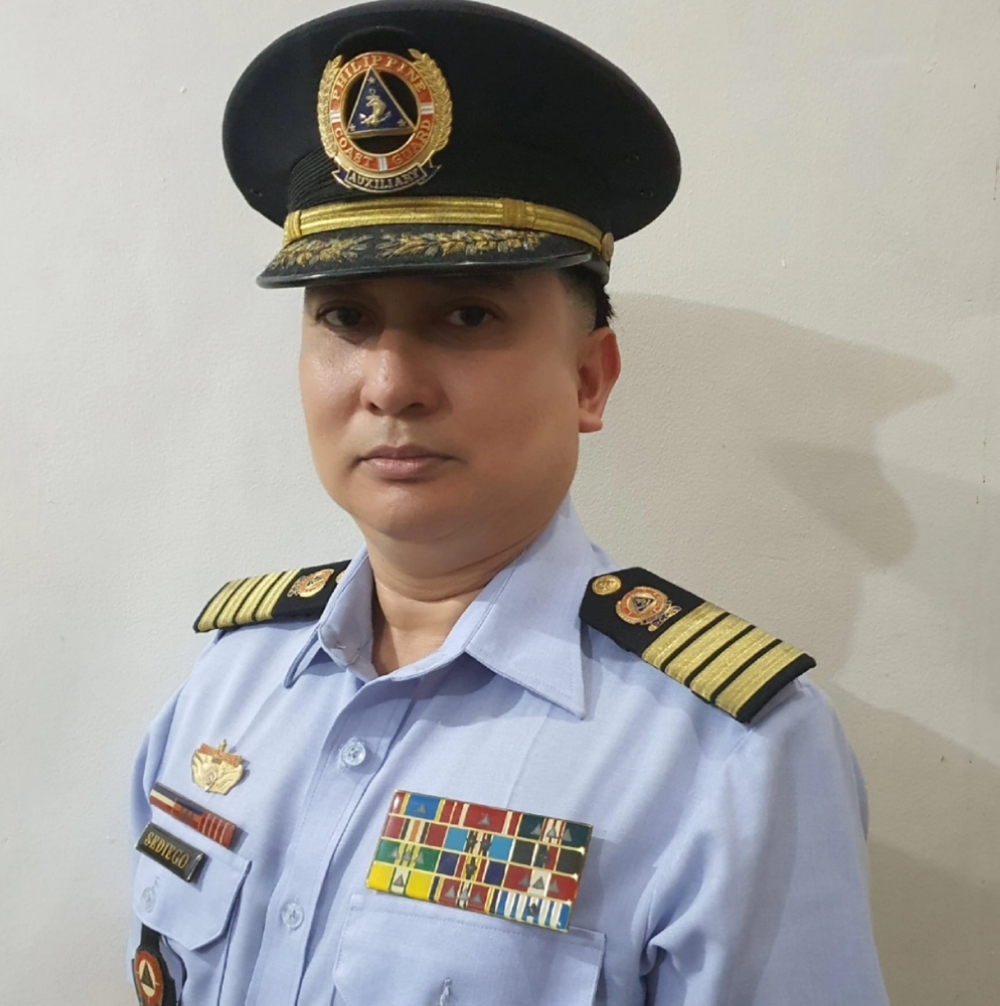 "I have a passion for teaching, to pass on my knowledge and experiences to the next generation of seafarers. I want them to attain more than what I have achieved, and it gives me a great sense of accomplishment seeing them get promoted," he explained.

The young captain initially worked as a senior deck instructor and over the years, he moved up the maritime academic ladder and served as education supervisor, course director, and quality management representative.

His passion for teaching took him places for the next seven years until recently, a new opportunity opened that would satisfy another of his professional aspirations.

He was appointed last June 7, as the Maritime Education and Training Standards Supervisor (METSS) in the Maritime Industry Authority (Marina), the sole maritime administration that supervises the training and certification of Filipino seafarers.

"It was a dream come true!" Sediego exclaimed. "It is my chance to serve and be a full-time public servant. Working for the government has always been my dream," he said.

Such a dream was inspired by his father, the late Victor Sediego, who served with the Social Security System (SSS) in his heydays.

Sediego dreamt of serving the country by working for the Philippine Navy or the Philippine Coast Guard — state-run agencies that would've, at the same time, satisfy his love for the sea. Such yearning was somehow fulfilled even while working for the private sector when he served with the Philippine Coast Guard Auxiliary (PCGA), the uniformed-volunteer arm of the PCG. This allowed Sediego to render volunteer services to the Coast Guard in areas of maritime safety, maritime search and rescue, marine environmental protection, and maritime community relations. He eventually became a squadron director for one of the Auxiliary Squadrons located in the National Capital Region. Years later, the chance of officially working for a maritime government agency spelled perfection for the man's lifelong yearning. His current post in Marina engaged his decades-worth of experiences in seafaring and maritime education. It also utilized the academic advantages he earned from his master's degree in Maritime Administration, specializing in Port Safety and Marine Environment Protection Administration.

"Capt. Sediego is military-trained, being a product of a quasi-military maritime institution. Nonetheless, he takes on a liberal and lenient style of leadership that exhibits an approachable and accommodating servant-leader," says an industry colleague. The path that Sediego chose to take at the crossroads of his career may not be the same as the course taken by many of his contemporaries. After all, a large population of Filipino seafarers turned to this profession due to its profitability, something that could never be matched by working for the state.

The young captain, however, in an aspiration to be with his family while serving the country, discovered a profound sense of accomplishment and fulfillment.

"I am happy and content with what I do — being engaged in public service, contributing to the country's maritime education and training (Met) sector, and being a part of a team that develops and improves our Met standards," Sediego remarked.

Today, he is engaged in the auditing, evaluating, inspecting, monitoring, and verifying of maritime higher education institutions and maritime training institutions.

All these are tempered with a vibrant life with his wife Annalyn and children, Guinevere and Alexander.