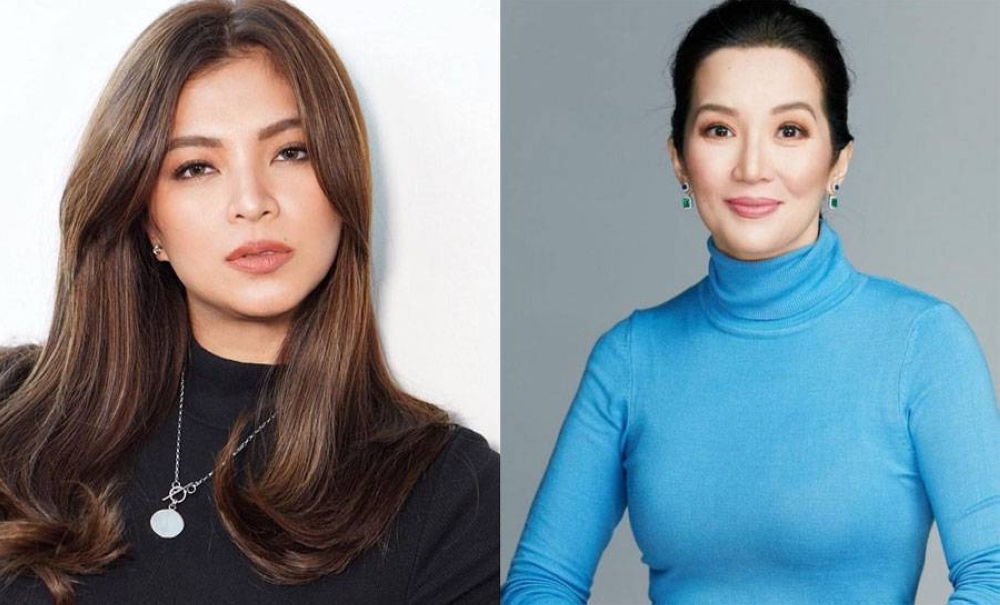 ANGEL Locsin took to Instagram Stories (@therealangellocsin) on Thursday evening to defend her friend and fellow actress Kris Aquino from negative accusations online, which say that the Queen of All Media stole jewels from Imelda Marcos.

Locsin reposted a news article where former chief justice Maria Lourdes Sereno warned online users accusing Aquino with no proof that they may face criminal charges. Locsin then wrote, "She can afford to buy her own jewelry with her hard earned money, thank you very much."

In 2016, Aquino herself slammed these rumors during her appearances and in a now-deleted Instagram post from that time.

This is not the first time Locsin came to Aquino's defense. In late November, Aquino revealed on Instagram that Locsin was the one who sent her Herbert Bautista's controversial tweets about her engagement to Mel Sarmiento.

"Simula ngayon, kukuhanan na namin ng screenshots ang lahat ng magko-comment ng ganito, pati ang profile details niyo, at ipadadala sa Bangko Sentral, sa PCGG, at sa sinisiraan niyong tao (Starting now, we will be taking screenshots of all those who will be commenting in this way, even your profile details will be sent to the BSP, PCGG and to the person whom you are maligning)."

Sereno added that two government institutions are also affected by this issue. "Paano po niyo sinisiraan ang PCGG at Bangko Sentral? Dahil po sa ilalim ng batas, hindi nila maaaring galawin at ipagamit sa maling paraan ang mga assets na ipinagkatiwala sa kanila, gaya ng mga alahas na nasamsam na ill-gotten wealth. In effect, inaakusahan niyo ang PCGG at Bangko Sentral ng paglabag sa batas (Why are you maligning the PCGG and BSP? Because under the law, they can neither touch nor use these assets that have been entrusted to them, like the jewelry that was tagged as ill-gotten wealth. In effect, you are accusing the PCGG and BSP of breaking the law)."

Sereno ended her post by urging her followers to send her posts and comments of the accusations. "Gawin po natin itong activity laban sa iresponsableng paggamit ng salita (Let us use this activity against irresponsible comments)."