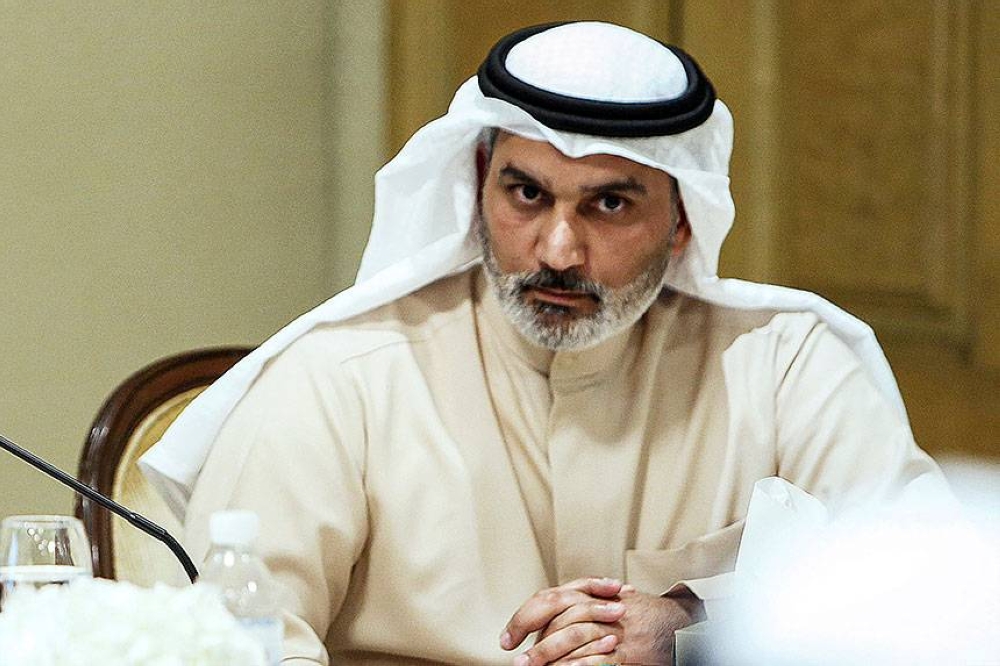 Haitham al-Ghais, Kuwait's then-OPEC governor, looks on during a press conference at the end of the Organization of Arab Petroleum Exporting Countries (OAPEC) meeting in Kuwait City on December 23, 2018. AFP FILE PHOTO

LONDON: Major oil-producing countries are expected to maintain on Tuesday their course of modestly boosting output as the rapidly spreading Omicron variant has so far not heavily hit demand.

The so-called OPEC+ grouping, including top producers Saudi Arabia and Russia, has withstood pressure to more widely open the taps though high energy prices are fueling a surge in inflation across the world.

The 13 members of the Organization of the Petroleum Exporting Countries (OPEC) and their 10 allies drastically slashed output in 2020 as the pandemic wreaked havoc with demand.

Last year, they decided to step it up again gradually as prices recovered while reviewing the situation every month.

The Tuesday meeting between the 23 countries via videoconference will start at 1300 GMT preceded by technical discussions between all of them, which are scheduled to begin an hour earlier.

Analysts say they expect the group to step up production by 400,000 barrels per day in February as they have done in past months.

In remarks on Monday, OPEC Secretary General Mohammed Barkindo emphasized the need to "remain highly nimble and adaptable to the constantly changing situation."

He said the group's "flexible approach has helped provide an added sense of stability, reassurance and continuity to the market and investors."

He currently serves as a deputy managing director of the Kuwait Petroleum Corp. and has decades of experience in the industry.

While OPEC+ countries have been gradually increasing their output again since last year, analysts note some countries, such as Nigeria and Angola, have been struggling to lift production.

"Important here is that Russia did not lift production in December which could be a sign that they are getting closer to their capacity," SEB chief commodities analyst Bjarne Schieldrop said.