For John Cena, Peacemaker can be a hero and a villain

Most comic book characters are easily identifiable as a hero or a villain. But for John Cena's Peacemaker, the answer is not black and white.

"I think Peacemaker is interesting because audiences have a very different view on that [argument] and that's okay," the wrestling superstar-turned-actor told The Manila Times in a regional virtual interview for his upcoming eponymous HBO series.

"[But] certainly me playing Peacemaker, I wanna see that he is a hero. I think every character is driven by what they believe is right," the actor added. 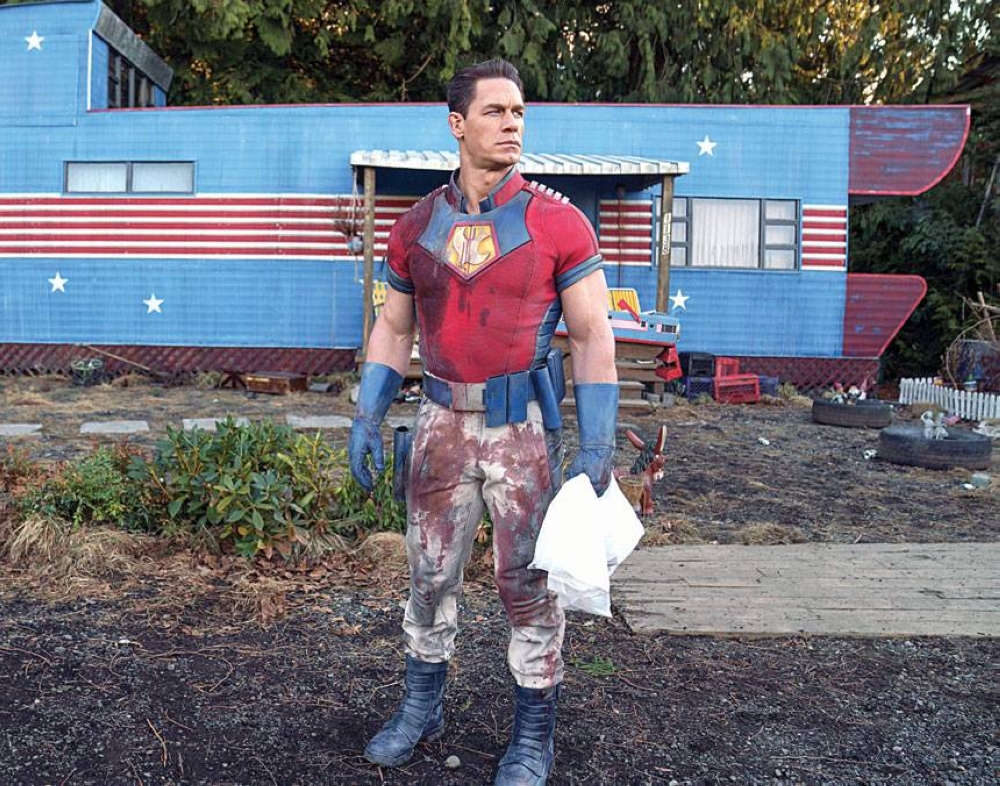 John Cena believes Peacemaker is neither ‘100 percent good’ nor ‘rotten to the core.’ PHOTO COURTESY OF HBO GO

Peacemaker, who debuted in the comics back in the '60s, is described as "a pacifist so committed to peace" that he was willing to — ironically — kill anyone who stands in the way of his cause. Since then, Peacemaker's label as a superhero or a supervillain has been a subject of debates.

The DC Comics character made a live action debut in the 2021 movie "The Suicide Squad," and was portrayed by Cena. This year, fans will get the chance to know more about the perplexing character's backstory with a dedicated eight-episode series.

Streaming on HBO Max (HBO Go for the Asian audience) beginning tomorrow, January 13, the show is set after the event of "The Suicide Squad." In it, Peacemaker — a highly trained weapons specialist — is on a new secret mission, Project Butterfly, with a crew of misfits.

From the early materials shared across social media and video sharing platforms, Cena seemed to have enjoyed playing Peacemaker despite the character's questionable motives. During the interview, he said this ambiguity makes the show even more interesting.

"Peacemaker isn't 100 percent good, Peacemaker isn't rotten to the core and I think it's that pulling to both of the sides that makes the show very interesting and very engaging. 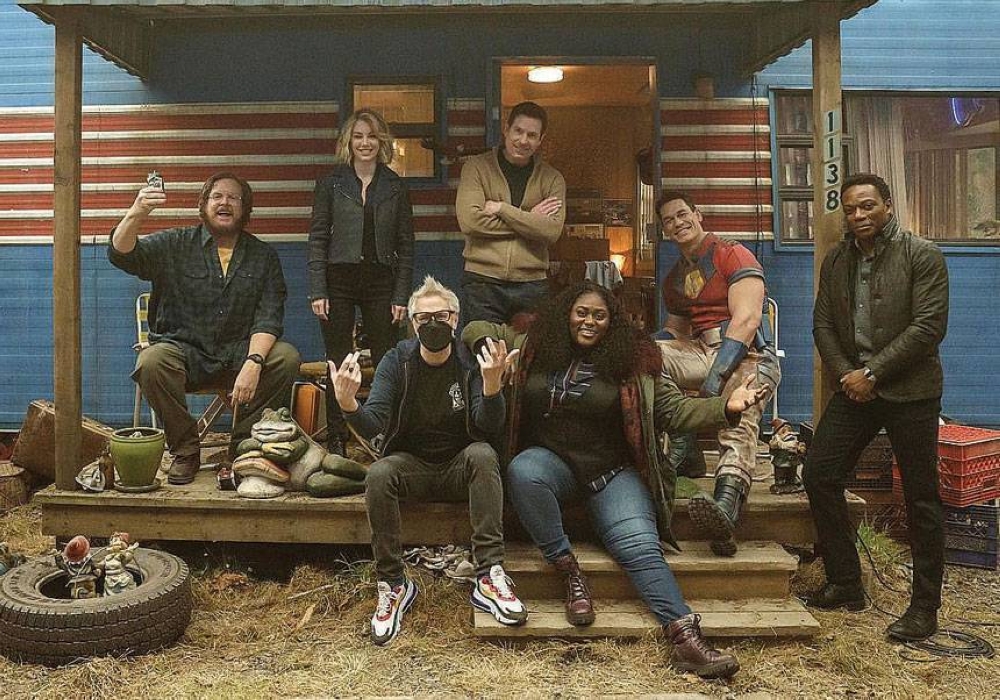 The cast with director James Gunn (leftmost, front row) on the set of ‘Peacemaker.’ The series premieres January 13 on HBO Go. INSTAGRAM PHOTO/JAMESGUNN

Asked how much of Cena did he bring in playing Peacemaker — considering that the character resembles some of Cena's quips during his wrestling heyday — the actor simply said he tried to take moments of his life and inject them into his performance.

"That doesn't mean Peacemaker is me — that means in moments where Peacemaker is sad, I want to be brave enough to look back in my life and be vulnerable enough and be okay with the times I've been sad. I think about those things and then transform it into Peacemaker's state of mind; moments where I'm excited or frustrated or enthusiastic.

"I'm not a good enough performer to just grab those moments out of thin air. I don't have the live audience that I'm used to charge and fuel those moments. So I really have to reflect on my own life, moments of excitement or frustration or sadness or loss or anything and that helps me transform that sort of emotion to Peacemaker," Cena shared with The Manila Times.

Why 'Peacemaker,' the TV series

Joining Cena in the virtual interview was the show's creator/writer-director James Gunn who said Peacemaker's "questionable backstory" inspired him to write a spin-off.

"First of all, I loved working on John on 'Peacemaker.' I thought we could have fun doing something else together so that's part of it. But also I felt a lot of the other characters — Ratcatcher 2, Bloodsport, Polka Dot Man — we got to see a lot about their backgrounds and how they came to be. We didn't see that with Peacemaker," Gunn told members of the Asian media.

The successful director ("The Suicide Squad," "Guardians of the Galaxy") furthered that he saw the potential growth in the conflicted character.

"I thought that he's also in some way the most unlikeable of the main core of the 'Suicide Squad' members. And I thought there's a lot of room for growth in learning with this character who is sort of harnessed by his ideals."

At the end of the day, both Cena and Gunn agree that Peacemaker — beyond his crazy ideals, ill-timed jokes and a questionable choice of costume — is not a lost cause and could, in fact, instill hope.

"It's always the person who needs the most help that's on our minds the most. We want to root for them because we see their potential and I think Peacemaker is no different. You see there's potential there and you wanna reach the screen and be like, 'You can do it!'" Cena shared.

Gunn, meanwhile, said, "The hardest critic that most of us have is ourselves. I love to take really a**hole characters like Peacemaker and find the beauty in those characters because I think that that helps us in our journey to kind of love and care more about ourselves. If Peacemaker is alright then we're alright.

"I think it also allows us to be kinder to other people, to look past people's exterior personalities and say, what is this person trying to do? What is their intention in this situation?" Gunn ended.

The first three episodes of "Peacemaker" drops on HBO Go on January 13. Thereafter, one new episode will premiere every Thursday. HBO Go is available via www.hbogoasia.ph/ or the mobile app via the App Store or Play Store.