Seaweed farming to get boost

AN Ilocos Norte-based university is pursuing aquaculture development with the introduction of seaweed farming as a sustainable income-generating activity for coastal communities in the province. 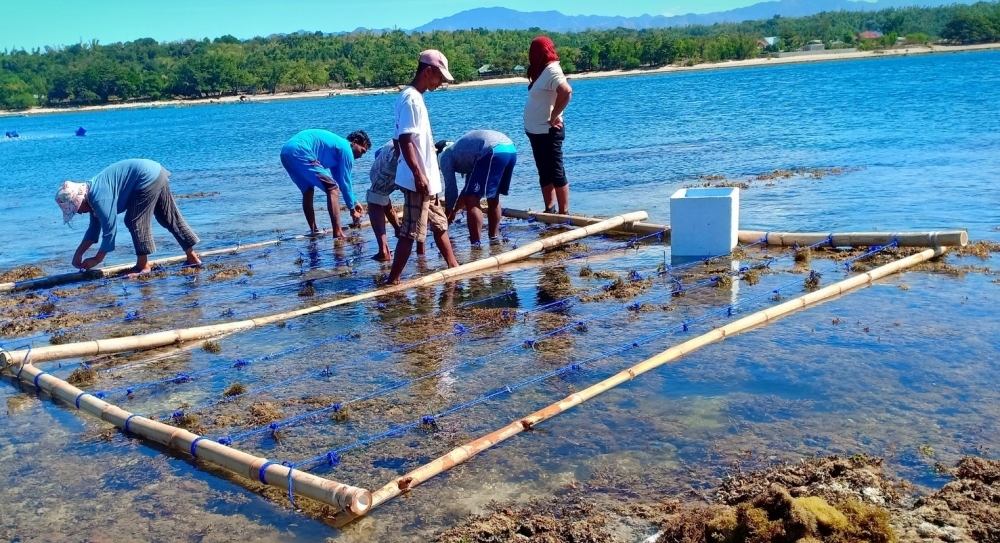 The Mariano Marcos State University with funding support from the Department of Agriculture will undertake a seaweed industry project in the coastal communities in Ilocos Norte. CONTRIBUTED PHOTO

With the Agriculture department funding, Tapaoan said MMSU will implement its research for development project on spatial suitability and field verification trial of seaweed farming technologies this year.

Tapaoan noted that studies on seaweeds show that these are a good source of colloidal materials which are used as gelling agents, emulsifiers, stabilizers, in pharmaceutical, cosmetic and food products.

"The project will produce a decision and support system for planning and development of sustainable seaweed aquaculture," del Rosario said, adding that this undertaking will benefit the fisherfolk, seaweed gatherers, researchers, extension workers and policymakers or legislators in the province.

"This information and technology will be used by local government units, policymakers and researchers in formulating plans and policies for seaweed aquaculture and coastal development," he added.

Tapaoan said the project is also expected to provide alternative livelihood for fisherfolk and will reduce their reliance on capture fisheries as the main income.

"This will be a two-year project led by MMSU in collaboration with the Bureau of Fisheries and Aquatic Resources or BFAR and the municipal governments of Badoc, Currimao and Burgos," he added.