A firm PH stand against Myanmar junta is long overdue 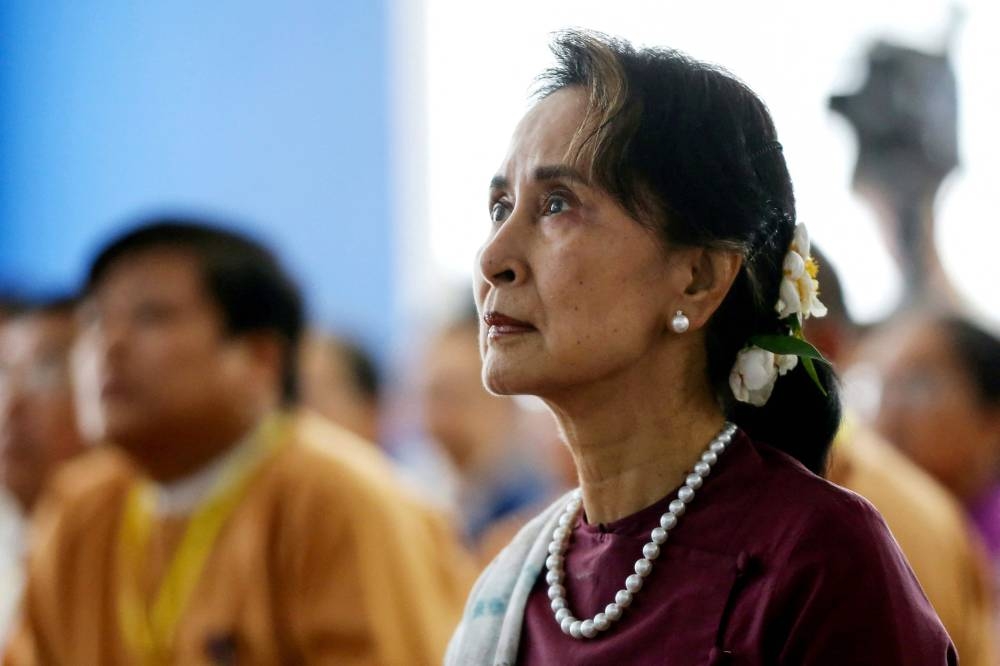 FOR the second time in as many months, a kangaroo court organized by the military rulers of Myanmar has sentenced democracy leader Aung San Suu Kyi on trumped-up charges, and once again, our government has taken the disappointing position of tacitly approving of the junta and its illegitimate, repressive actions by remaining silent. As we pointed out in an editorial after the first conviction handed down against Suu Kyi, the Duterte government's silence is both morally unacceptable and incongruent with the position of the rest of the Association of Southeast Asian Nations (Asean) community.

The military court on Monday sentenced Suu Kyi to four years' imprisonment on charges of illegally importing and possessing walkie-talkie radios and violating Covid-19 protocols. The fresh sentence followed an earlier conviction of Suu Kyi in December for "incitement" and breaking Covid-19 rules during campaigning, leading up to the November 2020 elections.

Suu Kyi's National League for Democracy (NLD) won a landslide victory over a military-backed party in the November polls, prompting the military to seize power in a coup last February 1. The military, led by Gen. Min Aung Hlaing, accused the NLD leadership of election fraud and promptly arrested Suu Kyi, Myanmar president Win Myint and a dozen other officials.

Widespread dissent followed the coup to which the military responded with lethal force, detaining an untold number of people and reportedly killing at least 1,400 civilians. Resistance to the junta has grown steadily and become more organized; recent news reports have claimed hundreds of defections among lower-ranking military personnel, and entire sections of the country, mainly in the east, are said to be under the control of various rebel groups.

Besides the four-year sentence handed down on Monday, Suu Kyi is already facing a two-year sentence from the December charges, and is yet to be tried on a number of additional charges of corruption and violating the Official Secrets Act. Junta leader Aung Hlaing reduced the original four-year sentence in December, but that failed to mollify Myanmar's angry public.

The rest of the Asean countries have already expressed a clear position on the state of affairs in Myanmar, banning Aung Hlaing from attending the 39th Asean Summit last October, inviting instead Myanmar senior diplomat Chan Aye — a holdover from the pre-coup government — to attend as a "nonpolitical" representative. The junta, offended by the clear rebuke, boycotted the summit entirely.

We again raise the point we made following Suu Kyi's December conviction and Palace spokesman Karlo Alexei Nograles' limp-wristed comment that it was "an internal affair" of Myanmar. At the Asean summit, President Duterte issued a firm statement urging regional cooperation and urging the concerned parties in Myanmar to "engage constructively" with Asean. As Asean, by its refusal to recognize Aung Hlaing, has determined that the junta is not the legitimate leadership of Myanmar, a statement by our government condemning the clearly fallacious charges and conviction of Myanmar's popular leader would not be contradictory.

If our government does not wish to take a moral or philosophical stand on what is happening in Myanmar, it might consider it from a more pragmatic point of view: if, God forbid, the situation was reversed and our legitimately elected democratic government found itself ousted by an illegitimate military coup, the government and the Filipino people would not consider it proper that other countries, particularly our neighbors in the Asean community, would write it off as "an internal matter."

Respect for and noninterference in other countries' purely domestic affairs is, of course, a sound policy under ordinary circumstances. But it cannot be absolute and clung to even when those "affairs" are otherwise universally recognized as being unacceptably divergent from "ordinary" and condemned as an affront to democratic and civilized norms. President Duterte was right to urge "constructive dialogue" at the Asean summit last October, and that should be the call again. But it must be made clear to Myanmar's military regime that the reason that "constructive dialogue" must be had in the first place is because they are in the wrong.