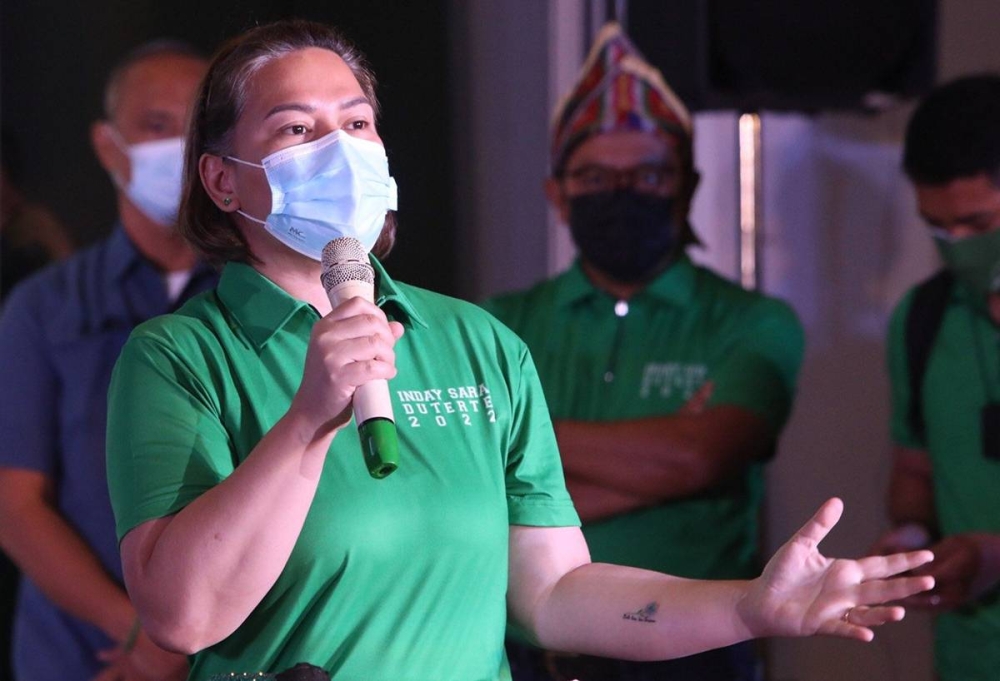 In a video message posted on her Facebook page, Duterte-Carpio cited her commitment to her tandem with Marcos and to their alliance with the Lakas-Christian Muslim Democrats (Lakas-CMD) and the Partido Federal ng Pilipinas (PFP).

"I truly appreciate the love of so many for me and while I continue to respect your decision to support another presidential candidate, it is with a heavy heart that I cannot be one with you on this," she added.

Duterte-Carpio is seeking the vice presidency under the Lakas-CMD banner, while Marcos is running under PFP.

The two decided to team up and call themselves the "UniTeam."

Duterte-Carpio, daughter of President Rodrigo Duterte, reiterated her appeal to her supporters to continue backing the UniTeam "so we can succeed in our mission for the country."

"Patuloy akong umaasa ng suporta ninyo sa UniTeam. Mahalaga ang pagpili ng isang team na maglilingkod sa ating bayan (I am still hoping for your support for the UniTeam. It is important to choose a team that will serve the country," she said.

She added that the UniTeam is ready to face the challenges of governance.