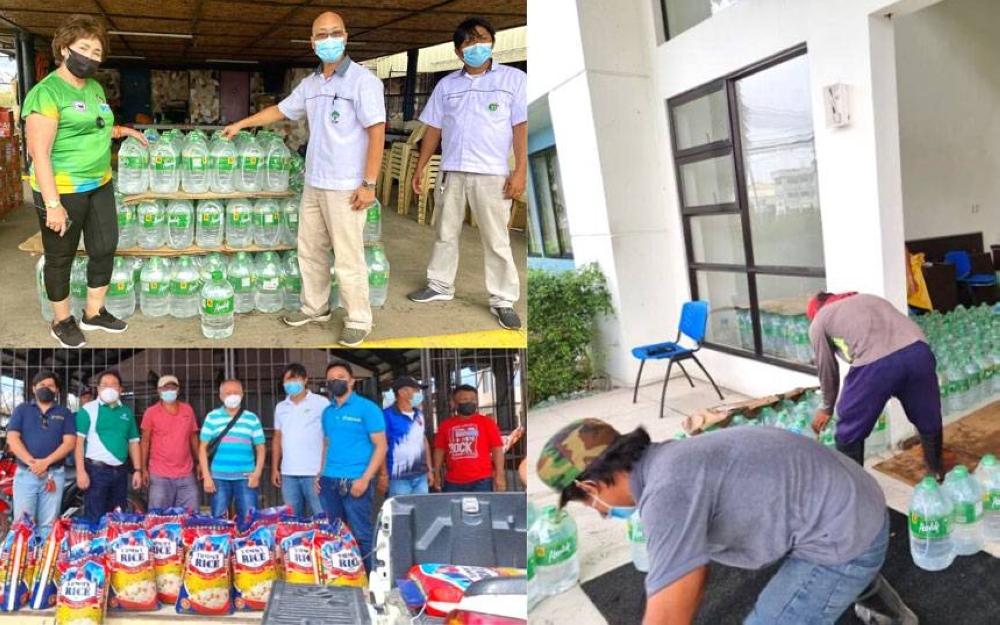 In the top left photo are Rep. Paz Radaza of Lapu-Lapu City (left), Emmanuel Guillermo of Cebu Light Industrial Park (center) and Eduard Bucad of the ICCP Group Foundation Inc, all assisting in the distribution of bottled water. CONTRIBUTED PHOTO

THROUGH its industrial estate and residential property subsidiaries, Cebu Light Industrial Park (CLIP) and Pueblo de Oro Development Corp. (PDO), and in cooperation with Cebu Light Industrial Park Locators Association and the ICCP Group Foundation Inc., the ICCP Group rushed to the aid of its host communities in the aftermath of Typhoon "Odette" (international name: "Rai") that hit the province of Cebu.

The group shipped over 6,000 liters of drinking water and 2,000 kilos of rice to households in Barangay Basak and Barangay Babag.

Drinking water was also donated to the city through the offices of Lapu-Lapu City Mayor Ahong Chan and Lapu-Lapu Rep. Paz Radaza.

CLIP and PDO also extended a helping hand to its Cebu-based employees, who were themselves victims of Typhoon "Odette" by supplying rice and drinking water.

The city and most of the province continued to experience low or no water supply as water districts stopped operating due to the wide power service interruptions.

Meanwhile, CLIP reported that with the help of local power distributor Mactan Electric Company, the industrial park was able to have electricity restored by December 22. PDO also shared that its residential subdivision projects in Cebu sustained minimal effects with its residents experiencing no flooding during the typhoon.

"The effect of Typhoon 'Odette,' particularly on the residents of Cebu is devastating. We pray that our efforts can somehow help the families in the city and in our host [barangay] (villages) as they rebuild and recover from this calamity," the ICCP Group said in a statement.